After G500/G600, next Gulfstream move comes into question

This year’s NBAA comes shortly after Gulfstream delivered the first G600, a milestone that has brought the type into service alongside its sibling, the G500, capping the development project for the two aircraft.

This year’s NBAA comes shortly after Gulfstream delivered the first G600, a milestone that has brought the type into service alongside its sibling, the G500, capping the development project for the two aircraft.

The accomplishment has elevated Gulfstream’s position in the large business jet segment, but also prompts questions about where it will head next.

Specifically, industry watchers have wondered if Gulfstream might develop a larger, more advanced and longer-range aircraft to compete with the likes of Bombardier’s Global 7500.

That question remains unresolved as the show opens. And although Gulfstream has not publicly commented about such an aircraft, answers could come soon.

Gulfstream is hosting several press events at this year’s event, including one later today. What news might arise is unclear, but the company is surely hoping for positive headlines – especially considering news last week that it is laying off several hundred staffers. 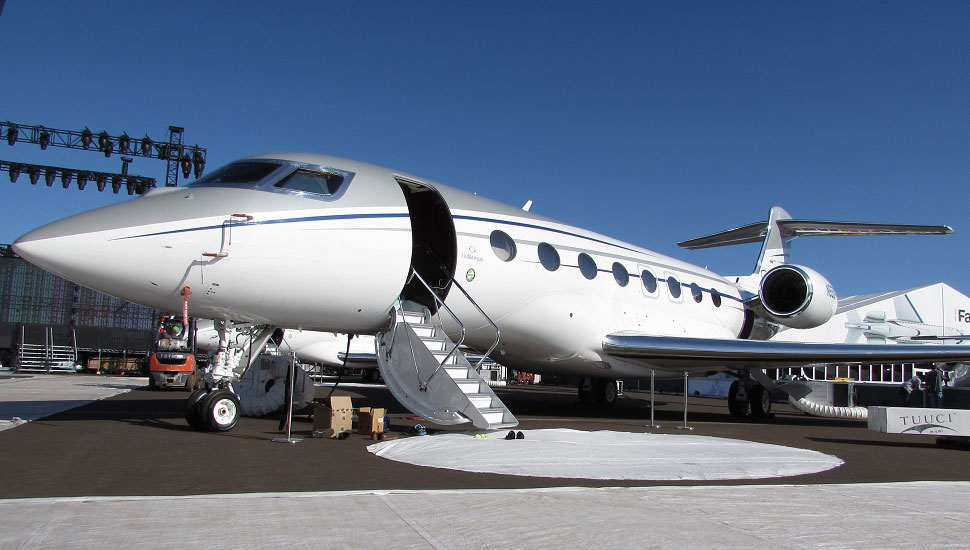 In the meantime, the G500 and G600 have given Gulfstream plenty to talk about.

Those aircraft reflect 10 years of investment by Gulfstream and the ongoing support of its parent, General Dynamics, says Gulfstream president Mark Burns.

“General Dynamics has allowed us to invest consistently for a decade and half in continuous improvement [to our] airframes,” Burns says. “We have spent that time listening to customers…. The 650 was the start of that. Then it became the 500 and 600.”

Savannah-based Gulfstream announced the launch of the Pratt & Whitney Canada PW800-powered G500 and G600 in 2014.

It had planned to achieve certification of the 5,200nm (9,630km), 19-passenger G500 in 2017, though that milestone slipped to July 2018. Gulfstream delivered the first G500 last September and as of mid-2019 had delivered 22 of the jets, including one kept by Gulfstream as a demonstrator, General Dynamics chief executive Phebe Novakovic said in July.

US regulators certificated the 19-passenger, 6,500nm-range G600 in June, and Gulfstream delivered the first of that variant in August. 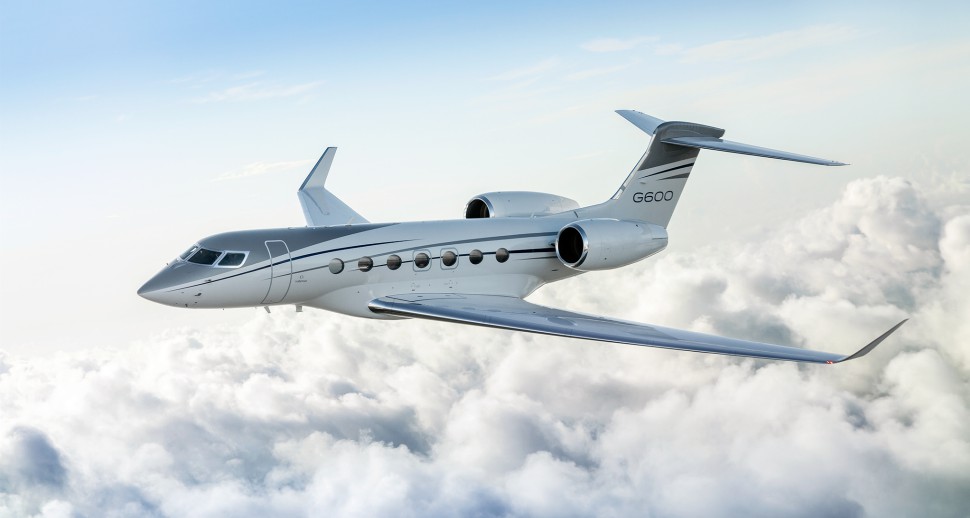 Both aircraft have a top speed of Mach 0.925 and cruise at M0.85. They have fly-by-wire flight controls and active-control sidesticks, which move in unison and in response to autopilot inputs. That allows either pilot to detect inputs being made by the other pilot or by automated systems, Gulfstream says.

“We want the pilots to know what the airplane is doing,” says Colin Miller, senior vice-president of innovation, engineering and flight.

The company describes the system as one-of-a-kind technology that, during descent, calculates where on the runway the aircraft will likely stop, and warns pilots of possible runway overruns.

The technology continuously calculates landing performance based on the aircraft’s flight profile and the runway, including runway conditions, says Miller.

The system displays a runway image on the cockpit display, beside the speed tape. Lines on the image indicate where the aircraft is likely to stop, and the system warns pilots if they are unlikely to stop before the end of the runway, Gulfstream says.

Additionally, the twins have been certificated for so-called EVS to land, meaning pilots can land in low visibility using the cockpit’s enhanced flight vision system (EFVS), which provides pilots with a digital representation of their surroundings.

Gulfstream’s earlier EFVS certifications permitted pilots to descend below their decision height by using the EFVS but they still needed to see the runway with natural vision prior to landing.

But the latest EFVS to land certification granted to the G500 and G600 enables pilots to use the vision system all the way to landing, meaning they can essentially land in zero visibility, according to Gulfstream.

“We are the first to give them the ability to use the image all the way to landing,” Miller said earlier this year. “They don't have to be able to see the runway at 100ft, as long as they can see it in the enhanced vision system.”

Gulfstream's engineers designed the cockpits of the G500 and G600 with the knowledge that pilots flying today’s aircraft tend to have less experience than in years past because of an industry-wide pilot shortage.

“[We] try to put a safety net around the pilots,” he adds. “It’s a different approach, and, I think, it’s what the industry needs.”

Last week Gulfstream confirmed it recently laid off 3.5% of its US workforce – the equivalent of 446 positions. The company, which has some 18,000 employees and contractors worldwide, says the cuts primarily involve staff in "business support and administration functions".

"We routinely evaluate our costs, capabilities and workforce requirements. And sometimes, when we expand in one area, we have an offsetting contraction in another," Gulfstream says.

"We regret the impact these decisions have on our employees," it adds, noting some affected workers will receive severance and benefit extensions.

The company says its global workforce more than doubled in the last decade and that it continues hiring at service centers and for "aircraft-focused roles, such as manufacturing and maintenance".

"We will continue to hire and add resources in areas aligned with our strategic growth plan, while judiciously consolidating, integrating and streamlining resources that no longer align with that plan," Gulfstream says. 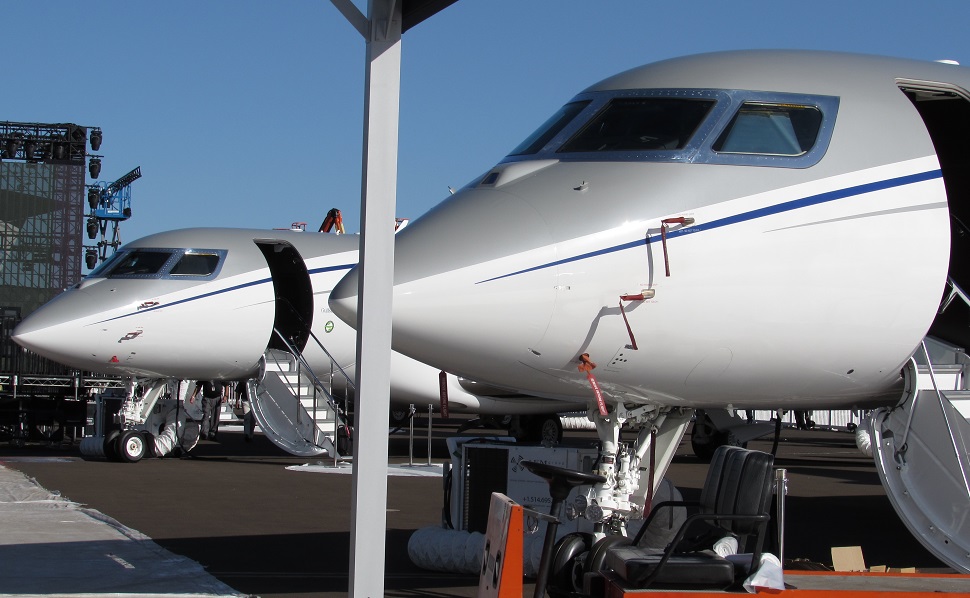 News of the cuts came ahead of General Dynamics' third quarter earnings release, scheduled for 23 October.

Operating profits of the company's aerospace division had been down 14% year-on-year in the second quarter to $331 million, a decline CEO Novakovic attributed partly to a particularly strong 2018 second quarter.

The company faces strong competition, particularly from Bombardier, which in September announced that Transport Canada had certificated its Global 5500 and 6500, which are re-engined variants of its 5000 and 6000.

Meanwhile, Dassault continues to advance development of its Pratt & Whitney PW800-powered Falcon 6X, a 16-passenger 5,500nm-range jet it expects to bring to market in 2022. And rumours abound that Dassault might develop a longer-range Falcon.

Sales activity in China remains “solid” despite a dip in recent years, he says.

But the decline has not been sufficient to lead Gulfstream to trim its operations in the country, Neal adds.

“We still have enough activity to keep the team busy. The brand is still strong in China. We are still selling airplanes,” he adds.

Gulfstream is also closely eyeing US-China relations, which soured have in recent years amid a trade war and broader geopolitical tensions. In July, Beijing announced plans to impose tariffs on imported products made by two US defence companies: General Dynamics and Raytheon.

Gulfstream president Burns says no tariffs have been placed on his company’s jets.

“We continue to sell in China. There has not been a trade tariff put on our products,” Burns says. “The Chinese tariffs and the US trade tensions with China are certainly something we are mindful of. It could have impacts on our ability to sell into China.”