Dassault Aviation has received European and US approval for its FalconEye enhanced vision system on the Falcon 8X, and is now working towards certification on the Falcon 900 and 2000 families.

The system was approved earlier this month by the European Aviation Safety Agency and US Federal Aviation Administration to operate to 100ft (30.5m) reduced minima, says Dassault Aviation executive vice president civil aircraft Olivier Villa. Training will be available for the system from the end of October, he adds. 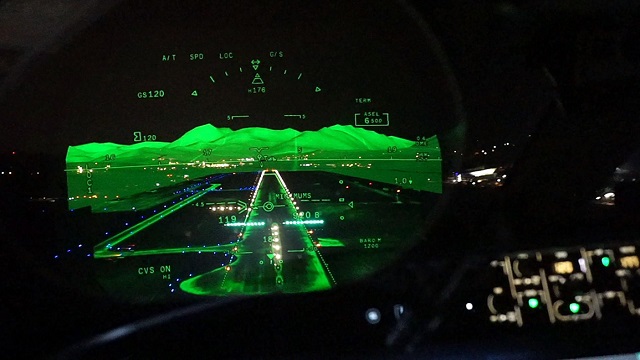 Approval is expected for the older models during the first half of 2019, and as a retrofit on the 8X by the end of this year.

“Then we will keep working on the 8X in order to develop the dual HUD [heads-up display] for flare guidance and EFVS [enhanced flight vision system] to land,” says Villa. This is due for certification in 2020.

Dassault says that the FalconEye combined vision system is the first HUD to combine synthetic, database-driven terrain mapping and actual thermal and low-light camera images into a single view.