Shipments of its TBM 930 model outstripped its older TBM 900 stablemate by two to one, according to the Tarbes-headquartered airframer. This equates to 18 TBM 900 deliveries in the 12 months ending 31 December 2016, and 36 TBM 930s.

The $4.1 million 930 model – the fourth iteration of the 26-year-old TBM series – was launched in April 2016 as an enhanced version of the $3.9 million TBM 900. It features Garmin’s G3000 touchscreen glass flightdeck and a reconfigured cockpit, plus redesigned seating and upgraded interior trimmings and finishes. 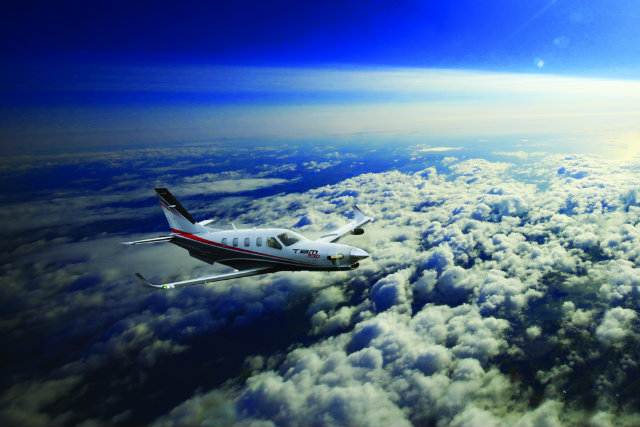 Daher’s report on its business activities in 2016 ranks North America as the top delivery destination, with 41 units shipped to customers in the USA and Canada. Europe was second, with 10 deliveries: customers in the UK and France received four and two aircraft, respectively, while buyers in Germany, Italy, Poland and Switzerland received one each. Latin American deliveries totalled a pair of aircraft for Mexico, and one unit was shipped to the Asia Pacific region, for a user in Thailand.

“The 2016 results confirm that customers worldwide continue to appreciate the value proposition of our TBM product line, which we extended last year with the TBM 930 version,” says Nicolas Chabbert, senior vice-president of Daher’s airplane business.

To help bolster the TBM 900's appeal, Daher is replacing the aircraft's 12-year-old G1000 flightdeck with a next-generation version; the G1000NXi.

Certification of the G1000NXi-equipped TBM 900 is expected "in a few months" according to Daher.