Textron Aviation is halting production of the Cessna Citation X+, ending a 22-year run for the super-midsize business jet and its Citation X predecessor.

The announcement follows several years of low delivery output for the Rolls-Royce AE 3007C-powered all-metal aircraft – the fastest business jet on the market with a top speed of Mach 0.935.

It will be replaced by the slower but larger-cabin Longitude as Cessna's only super-midsize offering. Certification and service entry of the 10-seat twin are scheduled for the third quarter.

Textron Aviation does not disclose when the final Citation X+ will roll off the production line, however.

The Wichita-headquartered airframer says it "continuously monitors the market as it fluctuates, and adjusts its product offerings as necessary".

The entry-level Mustang suffered a similar fate to the X+ in 2017, when production ended following a long period of dwindling sales. 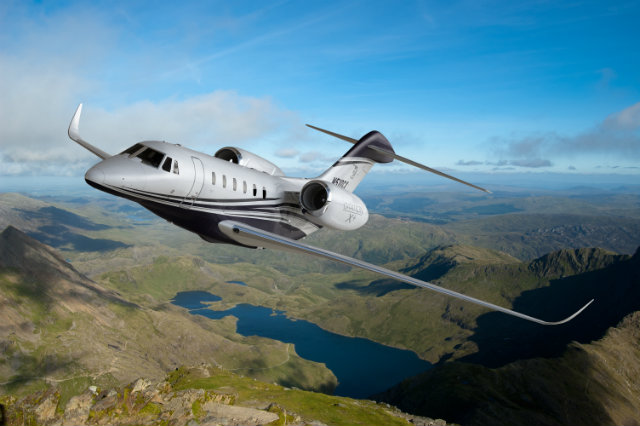 Flight Fleets Analyzer records annual deliveries of eight examples of the Citation X+ in 2015 and four each in 2016 and 2017 – significantly down on the model’s 2000 peak of 37 units.

The company says the Citation X "has become a beloved aircraft by operators and passengers alike", with 338 examples delivered globally: 314 of the X and 24 of the X+ model.

The type is the first of only five business jet programmes to be awarded the Robert J Collier Trophy. The accolade was bestowed on Cessna in 1996 by the US National Aeronautic Association for "designing, testing, certifying, and placing into service the Citation X; the first commercial aircraft in the US aviation history to achieve a cruising speed of M0.92".