A number of Da Vinci systems – which Flying Production says are ideal for use during urban warfare observation missions – have already been sold to an undisclosed eastern European country. Each system also includes an electro-optical/infrared payload weighing 1.2kg (2.6lb), a datalink, and a portable ground control station with control software enabling automatic take-off and landing and autonomous missions. This also is capable of controlling multiple air vehicles at the same time. 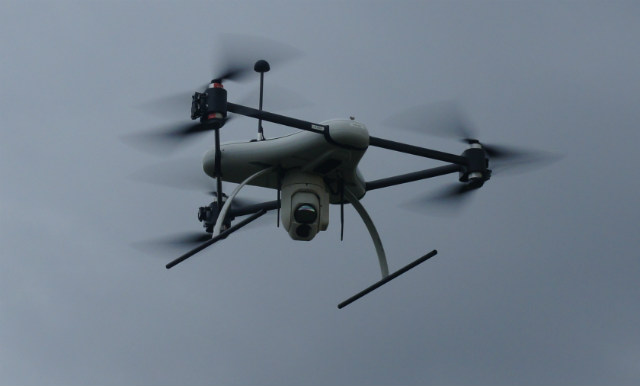 Also suitable for tasks such as supporting special operations, and also for civil applications, the system can be carried by one person. It can be operated in urban areas without line-of-sight communications.

Flying Production chief executive Tal Shahar says that due to its vertical take-off and landing capability, the Da Vinci is the "perfect solution" for the dense environments typical of urban warfare. "The solution enables real-time information to reach fighters in the field, providing them with the advantage of knowing what's going on behind the wall and over the hill," says Shahar, who also refers to it as "easy to use, lightweight, and cost-effective".

"It has already been sold to a customer in eastern Europe, and is currently being tested by additional customers," he says. "We believe that further sales will be announced in the near future."