Textron will today unveil its newest tactical UAV offering dubbed the Nightwarden, a production-ready derivative of the satellite-communications (SATCOM)-enabled Shadow M2 that it first introduced in 2011.

Building on the approximately 400 flight hours it carried out with the M2, and incorporating the feedback it had on this from potential customers, Textron has made modifications to the system in order to develop the new UAV, which it says is now ready for market.

The company has enhanced the performance of the UAV in a number of ways, including increasing the speed, adding more payload capacity, and offering a smaller logistical footprint, classing the Nightwarden as “a group IV [UAV] mission in a group III package”. 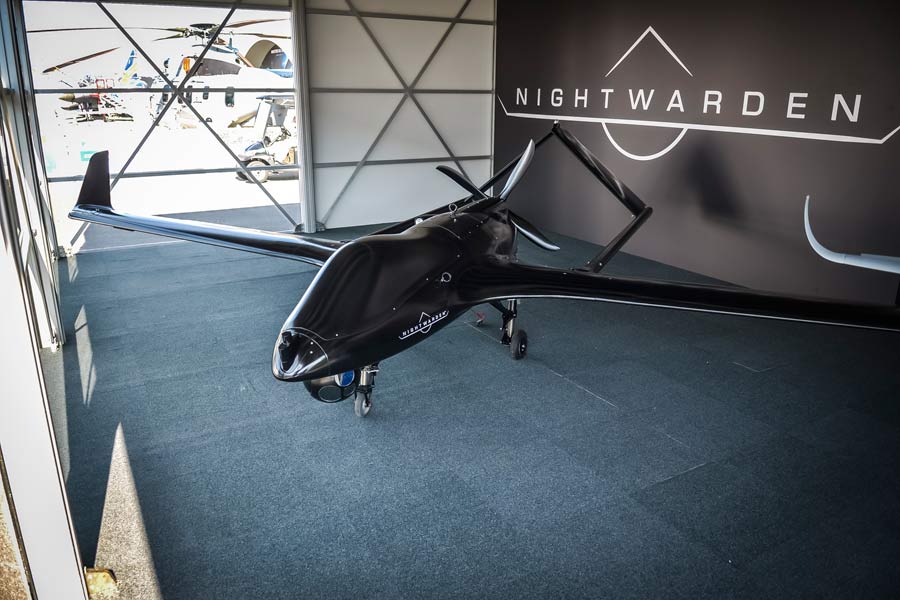 The baseline Shadow V2 UAV can fly at speeds of 65-70kt, which is increased to 90kt in the new model. The maximum take-off weight of the Nightwarden is 750lb (340kg), which is 200lb more than the Shadow, allowing for more payload to be carried, and multiple types to be carried at once.

The types of payload it can now carry include electronic attack, signals intelligence, communication intelligence and communications relay, in addition to the baseline electro-optical/infrared sensor.

Additionally, it can be offered with the company’s Fury glide weapon, which has previously been tested from the M2, and the pylon design will carry over to the NIGHTWARDEN.

It also has a water-cooled engine, so is harder to detect, as well as an improved landing gear and the ability to remotely taxi.

“We are really excited to be able to make the announcement about our new production-ready system, Bill Irby, Textron’s unmanned systems senior vice-president and general manager, told Flight Daily News, adding that the production-ready variant first flew in early June, and there are a number of proposals underway that the company is targeting.