Dassault says has reached an “amicable” compensation settlement with Safran over the extensive delays and eventual cancellation of its Falcon 5X business jet programme, caused by the troubled Silvercrest engine.

The agreement, which was announced on 6 September, puts to an end the long-running dispute between the two French companies.

Under the terms of the deal, Dassault will receive a settlement of $280 million on top of the “cash contribution” already paid by Safran. “This will have a positive impact on Dassault Aviation’s 2018 results,” the airframer says.

Dassault and Safran had a fractured relationship throughout the 5X's development. 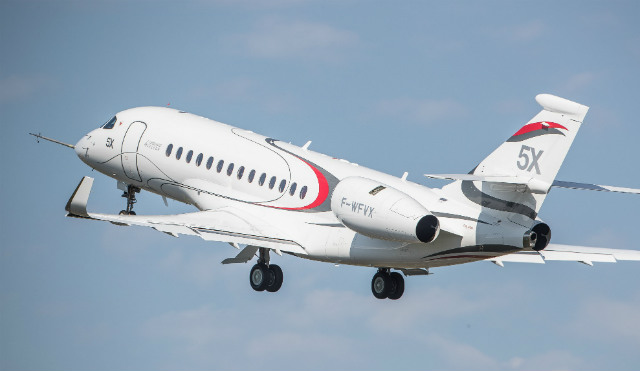 The programme was unveiled in 2013, with delivery of the first pair of 11,450lb-thrust (51kN) engines pegged for the end of that year, to comply with the superwide-cabin 5X's flight-test schedule. However, recurrent technical issues with the turbofan's development forced Dassault to delay entry-into-service of the clean-sheet twin from its target date of 2017 to 2020.

Further serious Silvercrest trouble, revealed on the eve of last October's NBAA business aviation convention in Las Vegas, led to Dassault's December cancellation of the 5X and initiation of compensation discussions with Safran.

The 6X is scheduled for first flight in 2021, followed by certification and first delivery in 2022.