The world’s first eco-friendly air-racer was launched at the show on 17 November, incorporating novel power and installation solutions.

The tiny monoplane racer was unveiled on the static by Jeff Zaltman, chief executive of Air Race E, which is pioneering the electric air racing series. The project is being supported by Airbus, which is the race series’ official founding partner and represented at the unveiling by the company’s head of demonstrators, Sandra Bour Schaeffer (both pictured below). 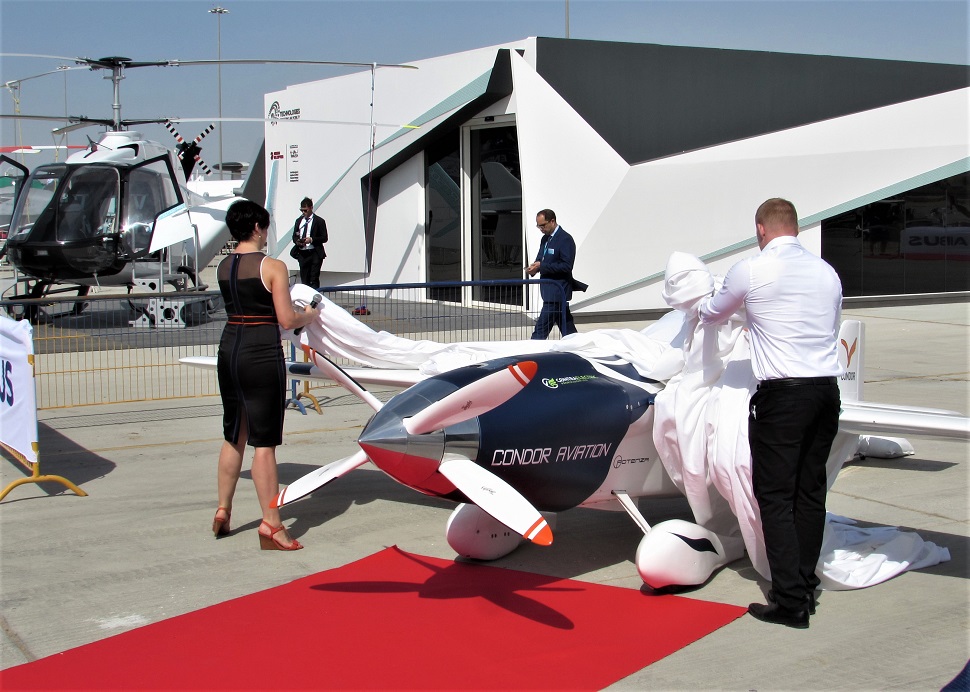 The electric-powered series is mirroring the Formula 1 air race programme, in a similar way to how Formula 1 motor racing has been replicated by the global Formula E series. The series is due to begin at the end of 2020, with eight pilots participating.

The E Racer unveiled at the show was a modified Cassutt F1 Racer airframe named White Lightning, with its Continental 0-200 piston engine replaced by a Contra Electric twin motor and contra-rotating propeller powertrain incorporating a pair of Yasa electric motors. The aircraft, which is 4.6m (15ft) long with a 4m wingspan, has 150kW of power and a 20kWh battery weighing 100kg (220lb).

The modification has been undertaken by UK company Condor Aviation and managing director Martyn Wiseman says that re-engining and installation of the lithium battery created some “weight and balance issues. The increased weight means that the take-off speed is around 100mph [160km/h].”

Wiseman says the re-engined Cassutt has a maximum flight endurance of 12min, which is sufficient as the Air Race E races will last 5min. 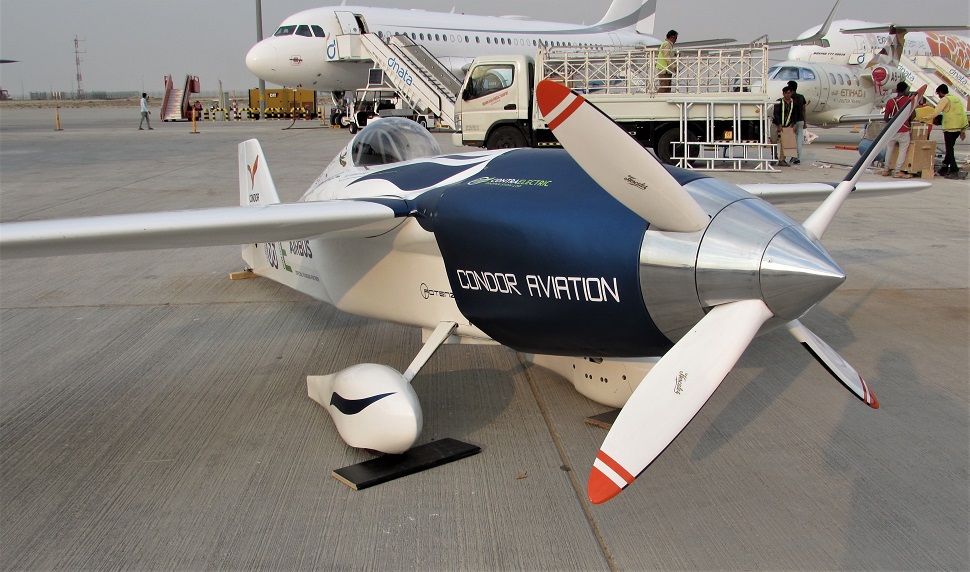 The E Racer will be capable of speeds of around 260kt (480km/h). Unlike the more usual air race time trials, Air Race E events will involve eight aircraft flying simultaneously around a tight 3 mile (5km) circuit at just 32ft. Air Race E will announce the first eight teams to contest the inaugural race later this week at the show, with the field set to include strong representation across Europe and North America.

The White Lightning E Racer is one of two electric race aircraft near to completion. The other airframe is being built at the University of Nottingham’s Aerospace Technology Centre in the UK, as part of its £13 million ($16 million) Propulsion Futures Beacons of Excellence research programme.