Saab has lifted the joined fuselage section for its first Gripen NG prototype into final assembly, and says its programme is on track to deliver advanced capability to Sweden and export customer Brazil.

Revealing the advance at the Dubai air show on 10 November, Ulf Nilsson, head of Saab’s aeronautics business area, said the fighter’s three main sections required only one minor adjustment before they could be joined. “We had less [production line] feedback on the first aircraft than we have on the running production of the [Gripen] C/D,” he notes, attributing this to the new model’s all-digital design. 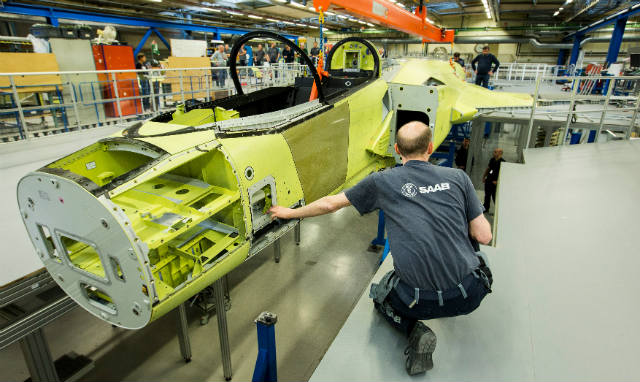 Nilsson confirms that lead prototype aircraft 39-8 is on schedule to enter flight-testing during 2016, but will not reveal a target date.

He also highlights the progress being made with the manufacturer’s Gripen E/F deal with Brazil. A first group of 50 Embraer engineers and their families recently arrived in Linköping, with a total of 300 to spend up to two years in Sweden to build the Brazilian company’s design and production expertise on the type. “It’s full-speed ahead – a real long-term partnership,” he says, adding: “they call it a Brazilian aircraft; they are committed to the programme.”

With Saab holding contracts to produce 60 new-generation aircraft for Sweden and 36 for Brazil, Nilsson says the company is looking to build on its success. It is looking with interest at emerging requirements in Finland and Belgium, and also hopes to meet the needs of nations including Bulgaria, Croatia and Slovakia through deals supported by the Swedish government.

Noting that Saab already has the Czech Republic and Hungary as operators, he quips: “Maybe Gripen will be the true ‘Euro fighter’!”

Longer-term opportunities could also lie with Indonesia, Malaysia, the Philippines and potentially in southern Africa, but Saab notes that it is not promoting the aircraft to nations in the Middle East.

The company also took advantage of the Dassault-led Neuron unmanned combat air vehicle’s recent visit to the Vidsel test range in Sweden, by flying its Gripen NG demonstrator in partnership with the stealthy type. 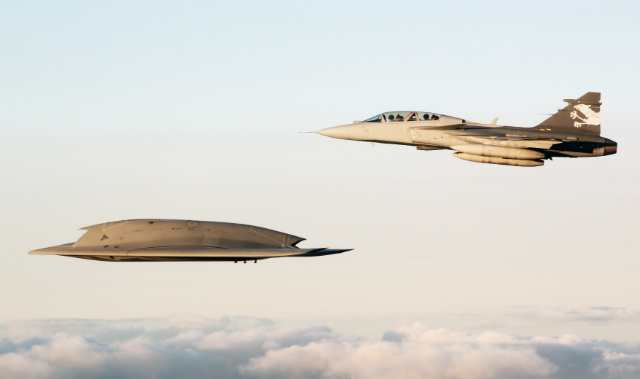 Nilsson declines to provide details of the test activity conducted by the Gripen, but confirms: “we can feel comfortable that we have the right performance for the future in this area.”