Rolls-Royce is “on track” to go to the 2020 Farnborough air show touting a world speed record for electric flight – and to be a leader in electrification – after unveiling the airframe it hopes to push to 260kt (480km/h) in the second quarter.

Speaking to FlightGlobal after presenting the modified NXT airframe kit at Gloucester airport, Mattheu Parr of R-R’s electrical team, who heads the ACCEL project, says a bench test frame - punningly called an “ionBird” - will be in action through much of the first quarter of 2020, followed by ground and taxi tests at Gloucester airport. The general aviation site has been “fantastic in supporting us”, says Parr, but actual flying – and record attempts – will move to a more suitable, though as yet undisclosed, location in the UK. 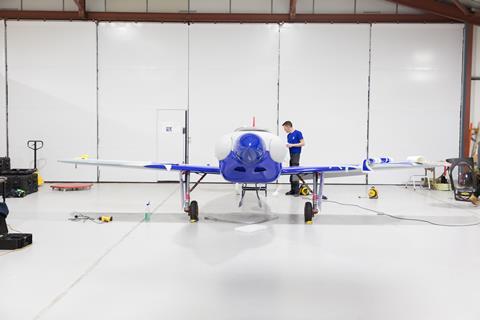 ACCEL, short for “Accelerating the electrification of flight”, supports R-R’s broader push to be a leader in low and zero emission aviation. While R-R believes the limits of battery technologies mean hybrid systems will prevail in so-called electric vertical take-off and landing (eVTOL) air taxis or other aircraft, Parr says the all-electric ACCEL project is invaluable in preparing R-R – and the UK aerospace industry – for that future.

The speed record trials, he says, will be four runs over a 1.6nm (3km) course, with the average speed achieved standing as the result. Thus a battery must discharge large amounts of power over a long period of time – demanding both power density and energy density.

This challenge, says Parr, lends itself to the next steps in electric aviation. A hybrid-powered eVTOL will cruise with power from its gas turbine but, for noise and emissions reasons, need to rise, hover and descend on battery power. “The speed record attempt is just superb,” he says, at developing a power- and energy-dense battery.

The speed record attempt has some inspirational value, notes Parr, but he believes the value to R-R and the UK aerospace industry will be substantial. The ACCEL project’s two-year budget is £6.37 million ($8.3 million), half of which comes from the UK government’s Aerospace Technology Institute and half from partners R-R and YASA, the electric motor supplier. Much of that cash is supporting a 20-strong team that has been working on ACCEL for 18 months, but longer-term benefit should be visible in helping start up an electrics supply chain in UK aerospace, he says. 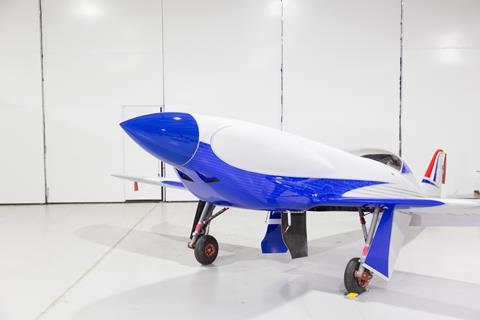 YASA, says Parr, is a major supplier of automotive electric motors, and the ACCEL project is a way to learn how the automotive model may be adaptable to aerospace.

As for R-R, it has three key business objectives with ACCEL. First, says Parr, it is delivering some hardware and also analytical tools. And, by learning “what electric aircraft look like” should come some knowledge of how to how to certify an electric aircraft – another area where there may be lessons to draw from the automotive industry.

And, third, Parr hopes to establish a baseline for electric aviation technology, to better understand “how far away are we from the core technologies?”