Lockheed Martin delivered the last of 24 Sikorsky MH-60R Seahawk helicopters to the US Navy on 27 July in support of a foreign military sale to the service’s Australian counterpart.

Dating from a 2011 order, the Romeo is used by the Royal Australian Navy (RAN) primarily for anti-submarine and anti-surface warfare but is employed in a number of other roles including search and rescue and personnel transport.

“In late 2010, the Australian government had not yet made a decision to acquire the Romeo, and yet here we are in mid-2016 accepting the 24th, and final, aircraft,” says Cdr Scott Lockey, RAN director general navy aviation systems. 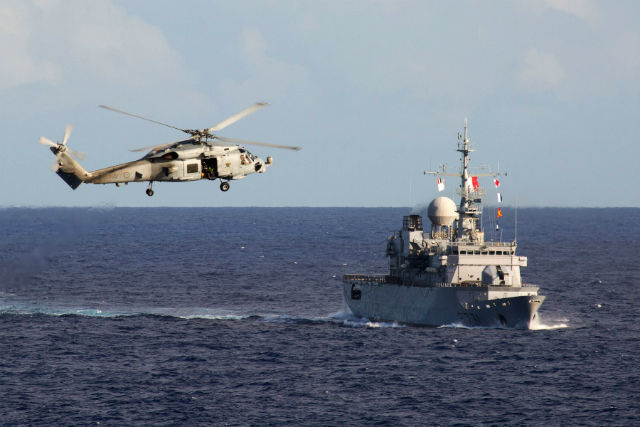 The RAN is using the Romeo to replace its fleet of ageing Sikorsky S-70Bs.

Meanwhile, Lockheed has handed over the final modernised AgustaWestland AW101 to the Royal Navy.

A total of 30 of the 15.6t helicopters have been raised to the HM2 standard by a combined Lockheed and Leonardo team under the £750 million ($990 million) Merlin Capability Sustainment Programme.