Qatar could be set to double the strength of its incoming fleet of Boeing AH-64E Apache attack helicopters, with the US Department of State having approved a potential 24-unit follow-on buy worth $3 billion.

Doha has already ordered 24 Apaches, with Cirium's Fleets Analyzer showing that the first three of these were delivered earlier this year.

"The proposed sale will supplement the Qatar Emiri Air Force's previous procurement of 24 AH-64Es, which are capable of meeting its requirements for close air support, armed reconnaissance, and anti-tank warfare missions," the US Defense Security Cooperation Agency (DSCA) says.

"The helicopters will provide a long-term defensive and offensive capability to the Qatar peninsula, as well as enhance the protection of key oil and gas infrastructure and platforms." 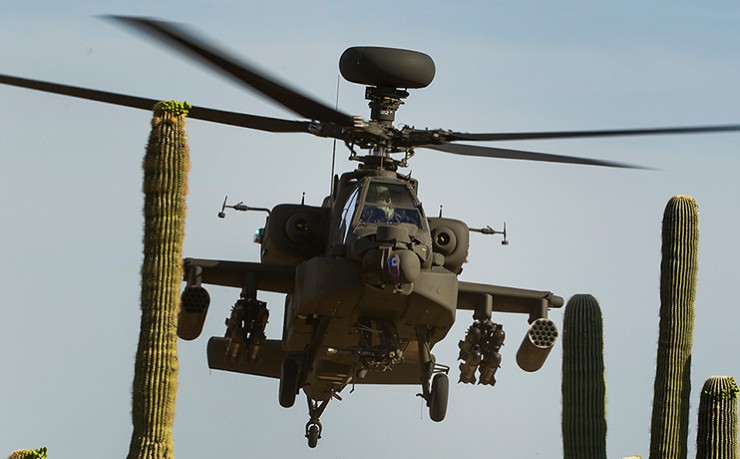 Eight of the additional rotorcraft would be equipped with Lockheed Martin APG-78 Longbow fire-control radars, with additional equipment to include Lockheed AGM-114 Hellfire air-to-surface missiles and 2.75in rocket launchers.

Describing Qatar as a "critical forward-deployed location" for Washington's military, the DSCA says the repeat sale "will allow for integration with US forces for training exercises, which contributes to regional security and interoperability".