Smooth progress with the Gripen E/F development programme for Brazil has heightened interest in the Swedish-designed fighter among numerous other potential customer nations, Saab officials say.

"The success of Gripen in Brazil has really helped strengthen the Gripen brand globally," says head of marketing and sales Richard Smith. "We have a very positive outlook," he adds.

Detailing the company's current export campaigns during its annual Gripen seminar in Stockholm on 16 May, Smith referred to activity in more than a dozen nations, stating: "I am 100% certain we will sell more Gripens over the coming years." Its promotional work with the single-engined type spans the in-service C/D version, including a proposed Aggressor variant, and the new-generation E/F.

"We see short- and near-term win possibilities for the Gripen C-series, and are seeing increased market interest for the E-series," says Smith. 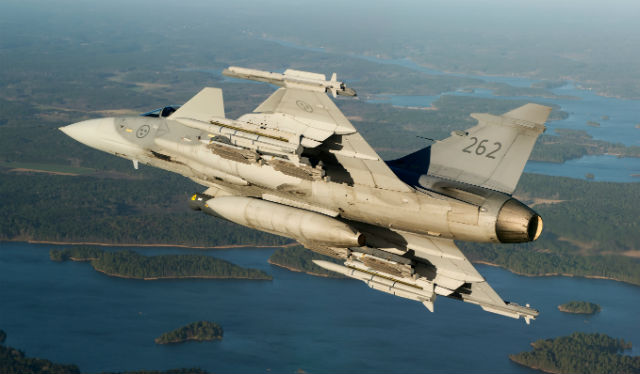 Prospective buyers for the C/D-version include Botswana, which has shown interest in the type as a replacement for its Northrop F-5s. Despite a recent setback in Europe when Croatia opted to acquire secondhand Lockheed Martin F-16s refurbished in Israel, Bulgaria and Slovakia remain firm targets for Gripen deals via the Swedish government. Indonesia the Philippines are also seen as opportunities, although Jakarta recently selected the Sukhoi Su-30 for a fighter renewal deal.

Meanwhile, Saab is also eyeing "Red Air" contract opportunities in the UK and the USA with its proposed Aggressor variant (below), which was unveiled at last year's DSEI exhibition in London. Smith says an emerging requirement to support combat training for the UK Royal Air Force could require between six and 10 aircraft, and describes the US aggressor fleet opportunity as "an enormous market – they are looking for 30,000h per year across several bases." 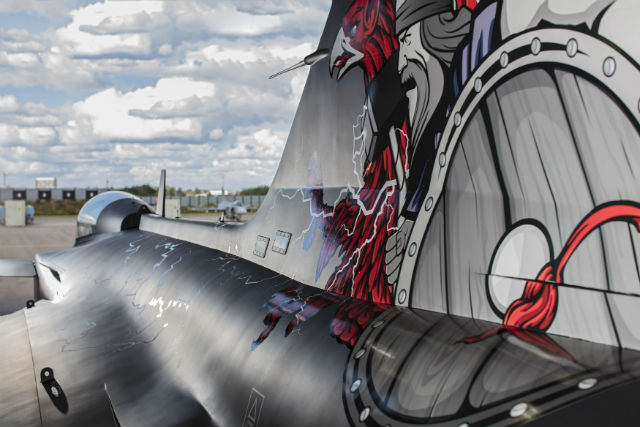 Smith lists longer-term prospects for the Gripen E/F as including Austria, Canada, Colombia, Finland, India and Switzerland, and points to its Brazilian programme and relationship with Embraer as a key selling point.

Colombian air force pilots have previously flown the Gripen in Sweden, and Smith says that interest in the programme has recently increased in the nation, with Saab receiving support from Brazil.

"The business model and industrial packages we've put forward in Brazil would be a perfect template for India, to increase and boost its aerospace and defence industry," he says. Saab will respond to a request for information from New Delhi seeking more than 100 light fighters "just before the summer period", he adds.

The air forces of the Czech Republic, Hungary, South Africa, Sweden and Thailand currently operate the Gripen C/D, while Brazil and Sweden will introduce the E/F from late 2019.