INTERVIEW: The passions of a professional pilot

Meredith Bell discovered a love of flying at the age of 13, and gained her private pilot’s licence just four years later. Now she is a captain on British Airways 787s, and also a type rating instructor and examiner

I grew up living directly under the extended centreline of runway 14 at Leeds Bradford airport (LBA). Concorde flew over our house occasionally, operating charter flights out of LBA. The first time I saw and heard that iconic aircraft I was mesmerised; who wouldn’t have been? My father travelled a lot on business and our family would go to the airport to say goodbye and to welcome him home. I loved the excitement of those journeys beginning and ending.

Why did you decide to become a pilot?

I was given a trial flying lesson for my birthday when I was about 13 years old and even from that early age I was sure that I wanted to be a pilot. 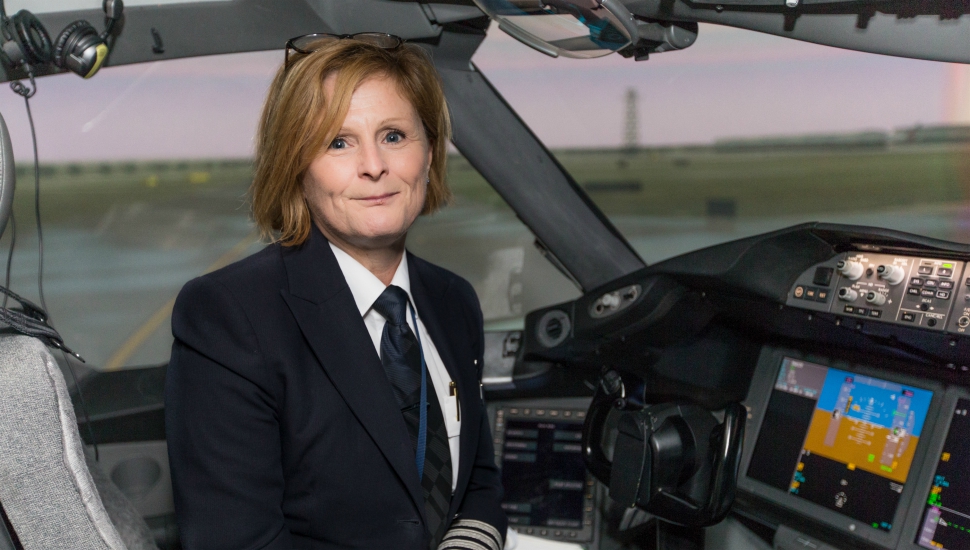 Can you describe your journey to becoming a pilot – and your career so far?

My path followed the classic self-sponsored route – I just missed out on sponsorship opportunities and was determined to find a way to achieve my goal. I gained my private pilot’s licence when I was 17 years old, soloing on my 17th birthday – it meant learning to fly a light aircraft before I passed my driving test. While at university I worked as a glider tug pilot during my holidays to build up hours towards my commercial licence.

After graduating, I trained to be an assistant flying instructor and worked for the Yorkshire Flying Club. The Field Aviation Scholarship helped financially with my instrument rating and my first commercial flying job was with Dan Air in 1989. I was sent to the Shetland Islands on the Hawker Siddeley HS 748 in the Highlands division, where I really learnt to fly. I discovered there was a big difference between the theory of meteorology that I'd studied as a student pilot and the actual weather those beautiful islands threw at us.

I transferred to the Boeing 737 at London Gatwick and was lucky to be in the right place at the right time when British Airways (BA) acquired Dan Air. I continued flying the 737 at Gatwick for BA and became a captain in 1996, and then a training captain in 2001. I was privileged to close my time at Gatwick as a training standards captain (TSC), a job that I will always regard as the highlight of my career, becoming BA's first female TSC.

I transferred onto the 787 fleet just over four years ago where I am a type rating instructor and a type rating examiner. I absolutely love the 787, it's such a fabulous jet. Our route network on the 787 has expanded enormously over the past few years, which have seen us exploring the globe with exciting new destinations announced this year, including Osaka and Charleston. The training element of my job will always be the foundation of my commitment to my profession and it is a genuine privilege to be part of the dedicated and professional 787 training department.

What were the challenges?

My challenges have been the same as any commercial airline pilot – it’s a very competitive industry. Keeping up with the many technical and regulatory changes within the industry, and maintaining the highest possible personal performance continues to be my focus.

What are your challenges now?

I am involved with BA’s campaign to encourage more women to choose a career in commercial aviation. We are hoping that by raising the profile of women within the industry we can highlight the fantastic career opportunities available for everyone and dispel the myth that you have to be male to fly an aircraft. Not only is it important to encourage more female applicants, we also need to nurture and inspire women to take advantage of the opportunities once they are inside an airline. Their point of view and skill set is valuable.

What advice would you give young girls wanting to pursue a career as a pilot?

Study hard at school to give yourself as many choices as possible. Choose subjects you enjoy and that you are good at; you don't need A-level maths or physics to be an airline pilot, though if you are good at maths, that's fantastic. But if you're not, don't let it stop your flying dreams. It didn't stop mine. Speak to your school careers department or flying organisations to get advice. Look out for cadet schemes with the airlines, including BA. You can also read Flight International and airline websites.

Could schools play a bigger role in encouraging girls to consider a flying career?

Yes, definitely, but it's vital that the industry continues to positively promote career opportunities for all genders. Visible role models are key in highlighting that aviation can provide a great career for anyone, regardless of gender.

How do you see your career progressing?

I am happy where I am. I love the aircraft that I operate and I am enjoying exploring the different destinations to which we fly.