Two Boeing 757-200s have flown in to this year’s MEBAA show and are on display next to each other in the static park. Both aircraft are Rolls-Royce RB211-powered versions that started life in airline service, but have very different roles now. 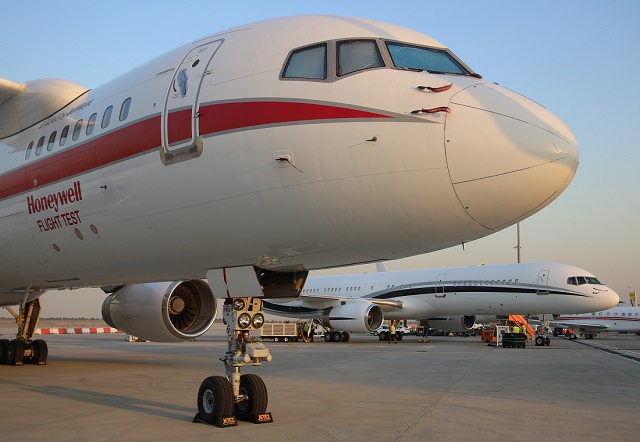 According to Flight Fleets Analyzer, one of the aircraft (N757AG) is a 16-year-old example that began life with Iberia and now serves in the corporate role with US charter company Funair. The other aircraft (N757HW) which was the fifth 757 built, was originally delivered to Eastern Airlines in 1983. It now serves Honeywell as a “flying science laboratory” to test all of its development technology.