With the search for the lost Malaysia Airlines Boeing 777-200ER set to enter its fourth week, a diverse range of assets are searching an immense area of sea northwest of Perth.

The search area for the day covers an area of 217,000km², located 1,700km northwest of Perth. Within this area, the searchers will focus on three zones.

“The Australian Transport Safety Bureau continues to refine the area where the aircraft entered the water based on continuing ground-breaking and multi-disciplinary technical analysis of satellite communication and aircraft performance, passed from the international air crash investigative team comprising analysts from Malaysia, the United States, the UK, China and Australia,” says the JACC. 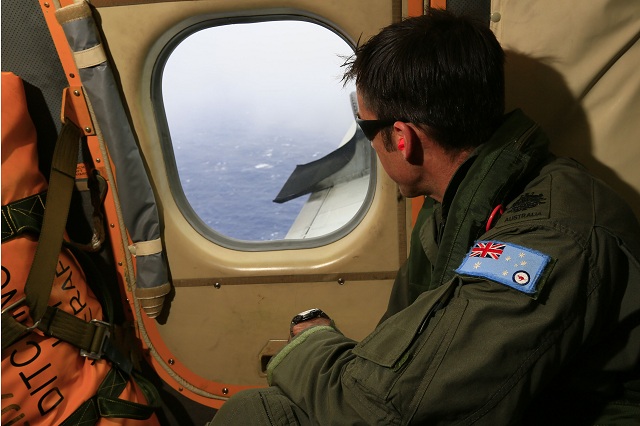 Despite nearly three weeks of searches in the Indian ocean, aircraft and ships have yet to locate a trace of the missing aircraft, which disappeared on 8 March with 227 passengers and 12 crew on board. Of the passengers, 154 were Chinese nationals. It was operating a Kuala Lumpur-Beijing flight when it vanished.

Australian officials have consistently maintained that this search is the most challenging they have ever seen.

On 3 April, a report from China’s official state news agency Xinhua quoted a senior Chinese military officer as saying that a “protracted search” lies ahead.

Surface vessels and submarines have also been deployed to the search area. One of the Australian navy vessels, ADV Ocean Shield, carries a towed pinger locater and an autonomous underwater vehicle.

The pinger locator could pick up transmissions from the aircraft’s flight data and cockpit voice recorders, but it needs to be in close proximity to the devices. A major challenge is that the batteries in both recorders are likely to fail within days.