Airbus's repackaging of its global market forecast into a series of categories more akin to a clothing store is a response to the blurring of lines between range and aircraft size.

Single-aisle aircraft are no longer restricted to plying short-haul routes. Twin-aisles, with their higher capacity, need not be crossing oceans but might instead serve as a shuttle on routes that were once classified as regional.

Never mind that Airbus's rejig conveniently allows the A350-1000 to distract from weak A380 sales in the large-aircraft sector.

The more interesting consequence is the combination of the A321neo and A330neo in the medium-size category: a combination that encapsulates the European company's attempt to orchestrate a pincer movement on Boeing's New Mid-market Airplane. 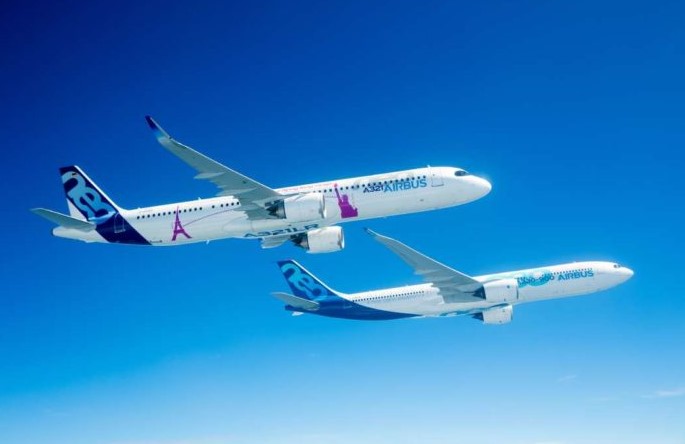 Airbus views the NMA as a solution looking for a problem. The NMA is intended to slot into the gap between single-aisle and twin-aisle aircraft, taking the performance, capability and cost advantages of both sectors and bringing them together in a single design.

But the gap, Airbus believes, is vanishingly small, a figment of fevered imaginations in Seattle. A single/twin partnership between the long-range A321LR and the A330neo offers a simple bridge, with no need for a hybrid, it says. Nearly 50 customers, it points out, already operate both A321s and A330s.

Boeing's strategy relies on demonstrating that there is, indeed, a problem. Airbus has struggled in the 250-seat sector, abandoning the A350-800 and hoping to replicate the A320neo's popularity by re-engining the A330.

The US airframer wants to test Airbus's vulnerability and assess whether an all-new aircraft can wedge itself firmly between two revamped, but ultimately older, designs. And whether it would sit comfortably – and commonly – with its own 250-seat 787, on one hand, and its re-engined 737 Max on the other.

The A330-800 has yet to prove that it can find a market, especially given that advances in design have lessened the influence of range capability since the early years of the A330 programme. Airbus is putting its faith in the loyalty and satisfaction of older A330 operators.

It might yet tighten the mid-market pincer from below, with a further tweak of its A321LR. But putting its refreshed single- and twin-aisle jets on the same page of a forecast, and close together on a family diagram, is easy. Championing from AirAsia notwithstanding, translating them into sales while its rival plots a new, tailored product, will be considerably harder.