It was, as chief executive Volker Paltzo put it, a very special day as the Eurofighter consortium delivered its 500th production example of the Typhoon in Turin.

Resplendent with its commemorative red tail livery, Italy’s latest example joins a global fleet which includes jets operated by partner nations Germany, Spain and the UK, plus export customers Austria and Saudi Arabia. The first Typhoons for Kuwait and Oman are now in production. 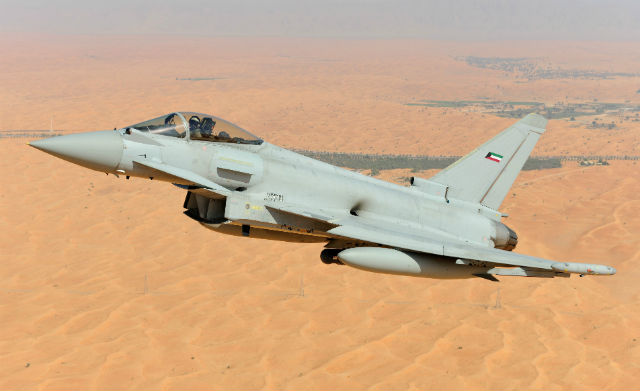 Embodying the fighter interests of Airbus Defence & Space, BAE Systems and Leonardo Aircraft, the jet iscritical not only for ensuring the territorial integrity and offensive capabilities of its operators, but also in safeguarding production in four nations.

It took less than 14 years to deliver the first 500 aircraft, but current plans call for the last of the remaining 99 units on firm order to emerge in 2023.

What the programme’s industrial partners now need more than anything are additional export deals which would extend manufacturing of the Typhoon through the remainder of the next decade, and validate the major investments being made in radar technology and additional weapons integration.

Eurofighter is unlikely to trouble the total of almost 1,000 Tornados achieved by its predecessor Panavia, but surely concluding some further sales should not pose too tough a target?