OPINION: Is US Air Force really too small?

Size matters, as the old adage goes. But how big is big enough, when it comes to the world’s most powerful air force maintaining its status?

On stage at the US Air Force’s main gathering, the AFA conference, Heather Wilson – its highest-ranking civilian – said its current strength of 312 operational squadrons is “too small” once weighed against likely future operational demands. Setting a vision to boost this by 24% no later than 2030, she described it as the service’s “obligation” to put in place a structure to meet demands anywhere in the world, and against any foe. 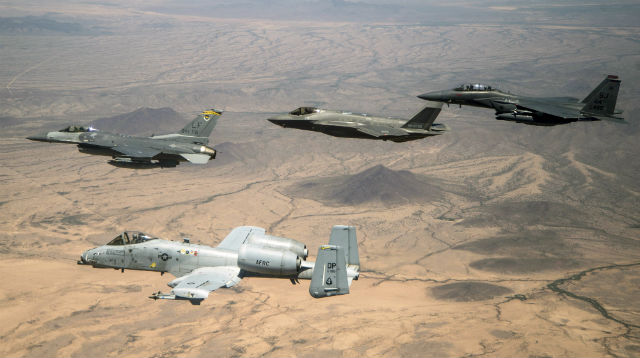 Most air force chiefs around the globe could only dream of operating a combined dozen fighter and bomber squadrons: not of adding that number to what was an already formidable fleet. All would relish the prospect of having 14 tankers at their disposal; let alone that number of extra such frontline units.

The USAF’s leadership is well aware that standing up a further 74 squadrons is likely to prove beyond the financial limits acceptable in Washington DC over the coming years. But while it is the runaway leader in terms of quantity and capability today, they are rightly wary about the rise of Chinese air power and Russia’s revived military intent – even before considering any Rumsfeld-esque “known unknowns”.

It is their duty to tell politicians what could be sacrificed if sufficient investment cannot be secured.