Electric cars have become more common, but building a commercial electric plane is a different story. Just ask Mohamed Ali, vice president for engineering at GE. “Electric motors behave very differently at altitudes above 10,000 feet,” he says. “They are susceptible to plasma arcing, for example, and much more difficult to manage.” 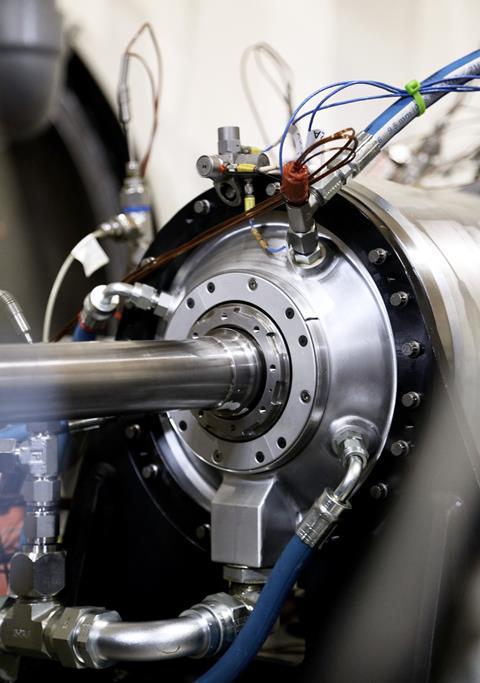 But Ali has some good news for the industry. Speaking at the Farnborough International Airshow in July, Ali, together with NASA, announced GE is the first to successfully test high power, high voltage hybrid electric aircraft engine components at simulated altitude conditions. The technology GE is advancing “will help make hybrid electric flight a reality for everyday commercial air travel, and it should have a real and necessary impact on the carbon emissions associated with flying,” Ali says.

Specifically, GE and NASA ran a megawatt-class, multi-kilovolt hybrid electric system in conditions simulating altitudes up to 45,000 feet. One megawatt could supply the equivalent of more than 600 U.S. houses.

Components were tested independently and as an integrated system. Additionally, multiple operational modes were evaluated, including power transfer from side to side, power assist to a simulated engine, and aircraft power generation. The implementation of energy storage was also simulated.

“This proves that we are altitude ready, “Ali says. “Next is to prove that we are flight ready.”

The test took place at NEAT — NASA’s Electric Aircraft Testbed facility in Ohio. “NEAT is the only testing location capable of simultaneously providing both high electric power and high-altitude conditions in an area large enough to fit an entire electric powertrain-–it’s truly one-of-a-kind in the world,” said NASA’s Tim McCartney, director of aeronautics at the Glenn Research Center, in Cleveland. 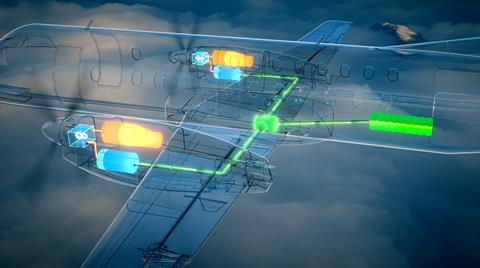 GE is partnering with Boeing subsidiary Aurora Flight Services to test the system in the air on a Saab 340B plane using GE’s CT7 engines. Bryan Yutko, vice president and chief engineer for sustainability and future mobility at Boeing, called the completed test “an important, foundational achievement.”

Single-aisle planes could account for 70% of the world’s rapidly growing commercial aviation fleet in the near future. With aviation accounting for about 2.5% of global CO2 emissions, hybrid electric propulsion technologies could help bring the number down.