The Lockheed Martin F-35 is steadily becoming a mainstay of big air shows, with its planned high-g performance to mark a key turning point in its show attendance record.

The type’s troubled development over the past decade precluded air show appearances, as far more serious work was necessary to bring costs and production issues under control.

While F-35 appearances were rumoured from 2010 to 2015, aviation enthusiasts were invariably disappointed.

A major no-show occurred in 2014. It had been planned for the F-35 to attend Farnborough in the middle of July, but this was thrown into doubt when the fleet was grounded on 3 July 2014. Though the grounding was lifted days before the show, limitations placed on the aircraft ruled out an appearance. 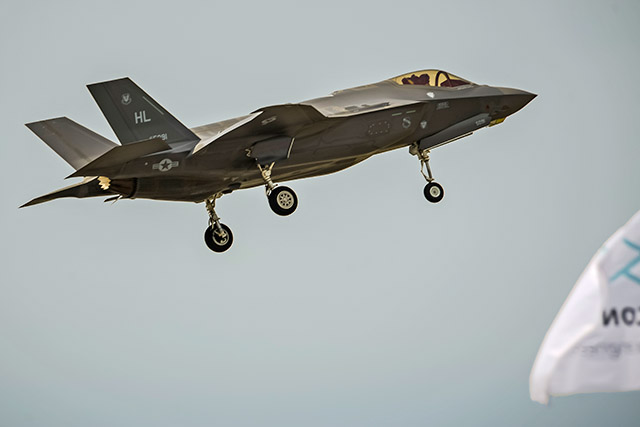 After the disappointment of Farnborough 2014, the maturing programme and growing number of in-service airframes has changed the F-35's show fortunes. The first sign of this came in mid-2016, when the F-35B appeared in two UK shows, the Royal International Air Tattoo and the Farnborough air show.

While crowds were delighted to see the famous aircraft for the first time, the displays were underwhelming, involving little more than a fly-past and a good deal of hovering, the main feature of the short take-off and vertical landing F-35B.

In March 2017, two Royal Australian Air Force F-35As flew from Luke AFB to make an appearance at the Avalon air show in Australia. The pair performed a fly-past, while one aircraft performed briefly on static.

The type's Paris appearance marks another step change, with the aircraft to perform a high-g F-22-style display with a Lockheed test pilot at the controls.