Russian Helicopters has handed over the first batch of four Mil Mi-171Sh transport utility rotorcraft to Peru for use by its army.

Part of a 24-unit order placed by the Latin American nation in December 2013, the helicopters were handed over a month ahead of schedule, the airframer says.

A further four helicopters will be delivered this year, with the remainder following in 2015. 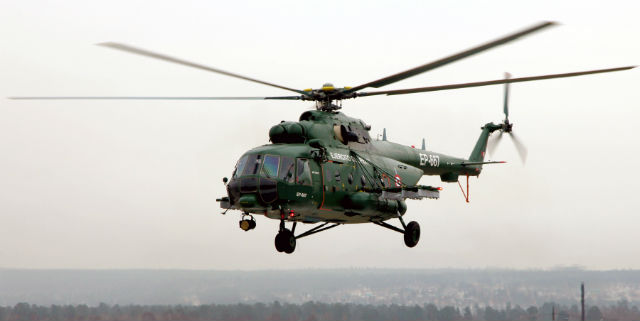 Its three services already operate a combined fleet of 36 Mi-8/17s, alongside 16 Mi-25/35 attack helicopters flown by the air force, as recorded by Flightglobal's Ascend Fleets database.