PICTURE: Skymark’s first A380 rolls out

The first Airbus A380 aircraft due for Japan’s Skymark Airlines has emerged, with short a journey to the next station at the airframer’s final assembly line in Toulouse.

The aircraft is moving to ‘station 30’, says Airbus, where several systems will be tested, namely its electric and hydraulic systems, mobile parts, landing gear, and fuel tanks. The aircraft’s four Rolls-Royce Trent 900 engines will also be installed.

Skymark has orders for six A380s, and will be first Japanese operator of the type. It will use the aircraft on trans-Pacific routes from Tokyo Narita to the USA. 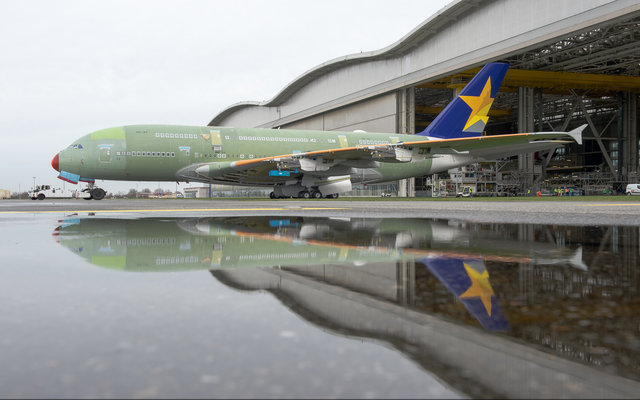