The Portuguese police force is one year into using fixed-wing unmanned air vehicles (UAVs) as part of an initiative to offer low-cost airborne surveillance.

The Polícia de Segurança Pública (public security police/PSP) is using Portuguese company Tekever’s systems, the acquisition of which comes under a three-part initiative that is currently seeing the PSP assess its rotary-wing requirements.

In its initial assessment the PSP considered different options, but opted for cost-effective UAVs, including the Tekever AR1 Blue Ray hand-launched system, which was designed for use by law enforcement personnel.

“I can deploy these all over the country,” Rui Moura, director of the office of research and planning at the PSP, told Flightglobal. “If they come down the consequences are less.” 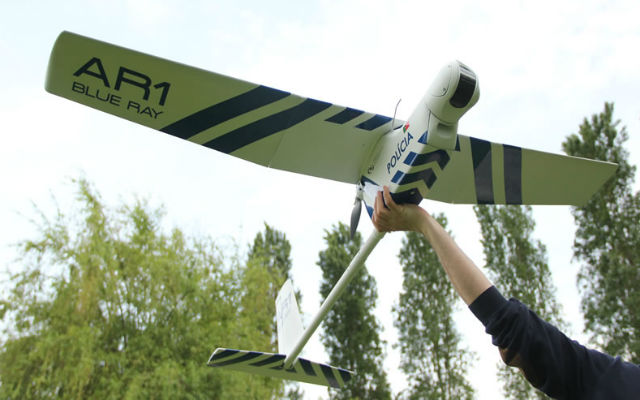 Moura acknowledges that there was initially a “Big Brother” concern regarding the operation of UAVs in Portugal, but that public awareness and acceptance was increased using promotional videos.

Regarding the issue of privacy, Moura likens the use of UAVs to the operation of handheld cameras the PSP also use – just that the former are airborne.

“We are trying to develop the legal framework for the airspace operations,” he says. “With these you can do a very covert operation in a very efficient way. We have done some experiments and tested several different policing operations.”

Helicopters have been used to survey forest fires in Portugal, but have not yet been used in law enforcement applications. Moura says it is “200 times more expensive” to operate helicopters in this role, so the PSP opted for unmanned aircraft.

The three-year roadmap for this technology includes the acquisition of fixed-wing systems in the first year, rotary-wing in the second and undisclosed acquisitions in the third.