Russian airframer Irkut has commenced night-flight testing with its MC-21-300, conducting the first approaches and landings in darkness.

The flights were carried out by the intial test aircraft, 001, which first flew in May last year.

It carried out a series of passes – at various heights – over the runway at the Gromov flight institute, situated at the Zhukovsky airfield outside Moscow.

Irkut says the test programme included navigation and landing functions but also involved checks on external lighting on the twinjet.

“All systems operated properly,” says the airframer. “The flight mission has been accomplished completely.”

Two MC-21-300s are stationed at Gromov for the flight-test programme and three more test aircraft are being constructed at the Irkut plant in Irkutsk.

Of the three undergoing assembly two will be used in the flight-test fleet while the third will be used for endurance testing at the Central Aerohydrodynamic Institute, which is also performing static tests on another MC-21 airframe. 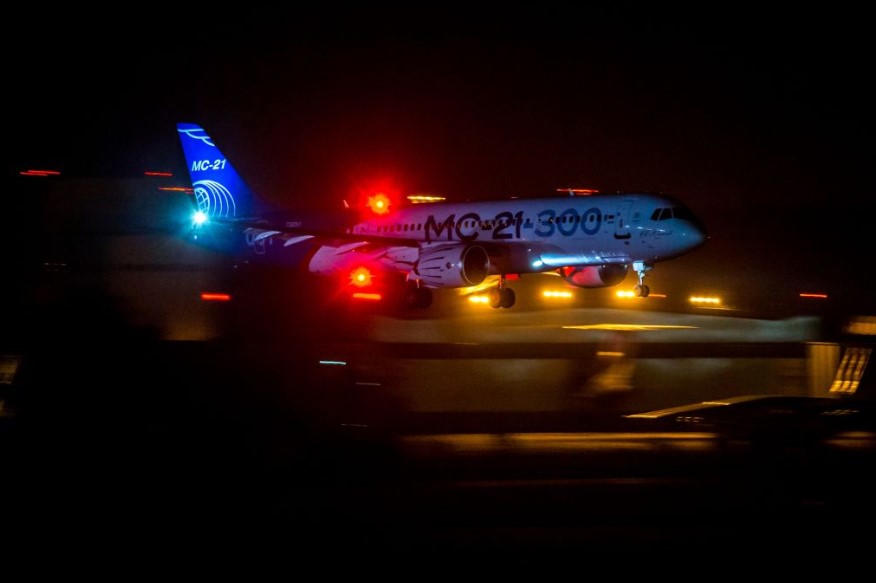