The UK Royal Air Force has deployed its first Boeing RC-135W Rivet Joint signals intelligence aircraft to support operations over Iraq – the first operational deployment of the type since its delivery in November 2013.

The aircraft was delivered under the UK’s Airseeker effort, which will see the RAF operate three converted KC-135Rs in line with the US Air Force's Rivet Joint force.

The deployed jet is stationed at RAF Akrotiri in Cyprus, where it is positioned to easily deploy over northern Iraq to support the humanitarian effort under way in the nation. 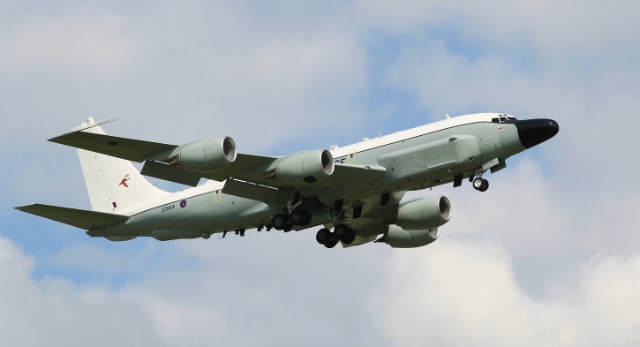 Islamic State militants have forced religious minorities from northern Iraq on to Mount Sinjar, which has resulted in humanitarian efforts by the USA and UK, among other nations, to provide aid.

It is believed the RAF's Rivet Joint was deployed in July – weeks before the other RAF aircraft movements – although defence minister Michael Fallon only announced its involvement on 16 August.