The US Army’s quest for a more powerful and fuel efficient drop-in replacement for the General Electric T700 that powers most of its helicopters is moving from the experimental technology realm to preliminary design review (PDR).

Two competitors – a Pratt & Whitney/Honeywell team called the Advanced Turbine Engine Company and incumbent General Electric – have emerged from the science and technology validation phase of the improved turbine engine programme (ITEP) and are anticipating a request for proposals for preliminary design review in May, says Jerry Wheeler, vice president of programmes for ATEC.

The promise of improved performance with lifecycle cost and fuel savings has kept ITEP funded, Wheeler says. ITEP received $51 million in the Obama administration’s fiscal 2016 budget request, rising to $171 million in 2020, for a total development cost of $720 million.

GE received its science and technology (S&T) contract in late 2007 with ATEC's award following in May 2008. Each has produced engines that address the army’s stated requirements for an engine that burns 25% less fuel and achieves a 50% boost in power over the 2,000shp T700 and its variants. ITEP will be a drop-in replacement for the T700 that power the Sikorsky UH-60 Black Hawks and Boeing AH-64 Apaches in the army’s fleet. Eventually, it also could power variants of the army’s future vertical lift (FVL) aircraft that are seen as a next-generation replacement of all the service’s rotorcraft. 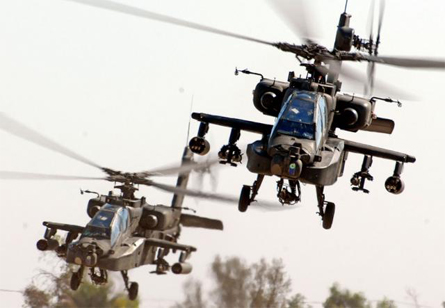 “We were required to run three ground tests, which we accomplished with two technology demonstration engines,” Wheeler tells Flightglobal.

The S&T phase was intended to validate that industry has the technology to accomplish the army’s stated goals and to mature the engines so they are ready to enter the engineering and manufacturing development phase scheduled to start in mid-fiscal 2018.

The army intends to award two contracts for PDR and carry two contractors through that phase, which will end in the first half of fiscal 2018 with a milestone B decision to begin engineering and manufacturing development with a single contractor.

Having spent significant internal research and development funds on developing ITEP offerings, losing the down-select poses a risk to the losing competitor. Wheeler says regardless of the outcome, an engine that meets ITEP requirements likely will find a market beyond the Black Hawk and Apache. Any variant of the UH-60 or AH-64 or any platform that uses a T700 is a candidate for ITEP, including the US Air Force’s combat rescue helicopter, the new presidential helicopter or commercial rotorcraft like the Sikorsky S-92.

“If there’s a new turboshaft engine that exists in the 3,000shp class with 25% improvement of fuel consumption, then it’s very possible that will get the attention of some of the OEMs and they might be looking at products they might not have on the books today commercially,” he says.