Spanish airports operator Aena has been granted the concession to operate 11 airports in Brazil, following a bidding process.

It also represents 85% of the activity of the overall concession, says Aena. Collectively the 11 airports account for 12% of the country’s traffic. 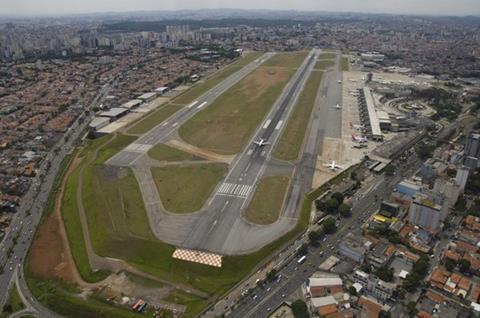 Congonhas is the main airport featured in the Aena concession agreement

Aena says the basic concession agreement is worth R$2.45 billion ($474 million) and will run for 30 years.

But it also features additional obligations of R1.64 billion, taking the overall package to more than R$4 billion.

Aena says it foresees investment of nearly R$5 billion of which 73% will be carried out in the initial phase of the concession running to 2028.

It will establish a company to manage the concession, which will be wholly-owned by Aena Desarrollo Internacional.

Aena already manages six airport in north-east Brazil which it took over in 2020.