Boeing has released images of its 777X's cabin and disclosed design changes it says will make the aircraft's cabin more comfortable than that of the current-generation 777.

In addition, Boeing is giving 777X customers more flexibility in cabin layout by enabling them to choose from a greater variety of "cabin interior linings", says the company.

Linings include sidewalls, bins and ceilings, and encompass aircraft lighting.

"We have been able to… create a suite of options for airlines to actually customise [aircraft] without the typical customisation headaches," says Boeing regional director of cabin experience and revenue analysis Kent Craver. "Those lining packages allow us to have multiple ceiling treatments, multiple bin options."

For instance, airlines can design aircraft that have different linings in business class than in economy class, he says. 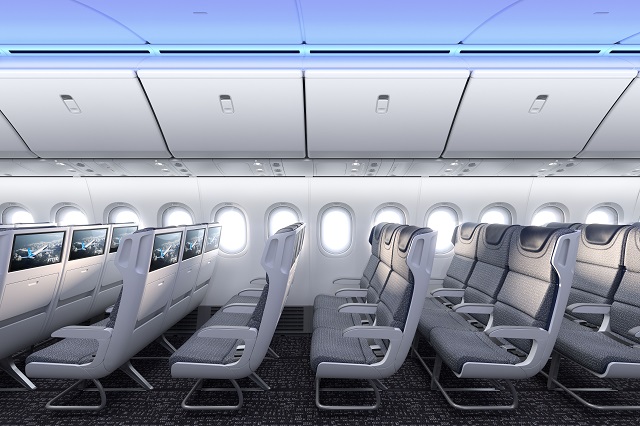 Boeing's rendering of economy class on its 777X.

Windows in the 777X will be 16% larger than those on the 777, and they will be slightly higher, giving all passengers on the aircraft a better view of the outside. The top of the passenger cabin windows are about 2.6in higher than the 777's windows, Craver says.

"The ability for passenger to have easy views outside – that's extremely important," he says. "By making the windows larger and moving them up on the fuselage it allows more people to have better views outside."

The company has also improved the uniformity of the 777X cabin's temperature and reduced noise by redesigned aspects of the air flow system, including reducing the pressure of air shooting through passenger vents. 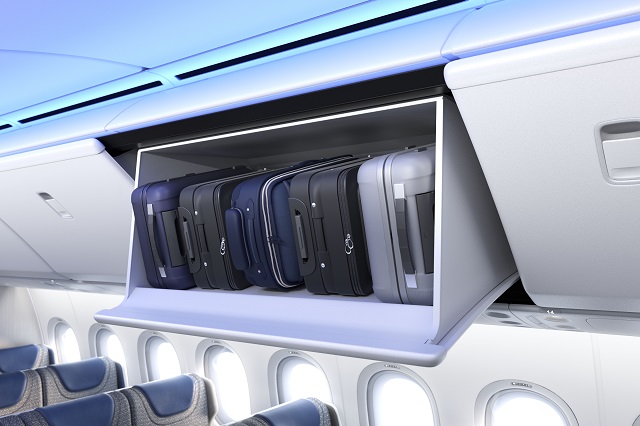 Boeing says the 777X has enough overhead storage to enable each passenger to stow a bag.

Boeing redesigned the sidewalls so that the 777X cabin is 102mm (4in) wider than the 777's cabin, providing airlines more real estate with which to work and opening the possibility of seven-across lie-flat business-class seating, Craven says. 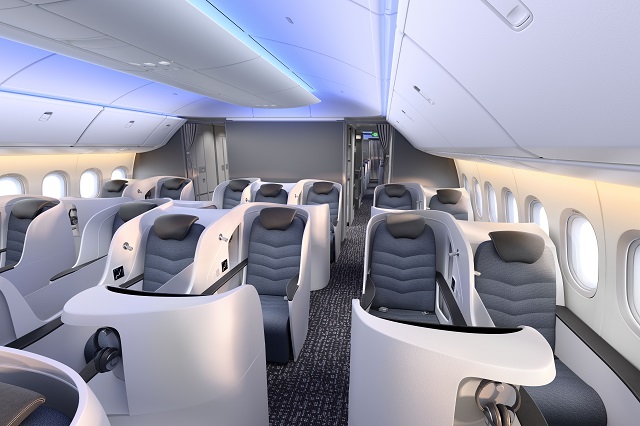 Boeing's concept for a 777X with seven-across business-class seats.