South Africa’s government is urgently trying to extend the period of operations for South African Airways after the carrier’s business rescue practitioners warned that 8 May would amount to a “drop dead” day when all flights would cease.

The country’s public enterprises minister, Pravin Gordhan, outlined to a parliamentary committee on 6 May that a new airline was in the planning stage – although he gave few details – but indicated friction between the government and unions on one side and the practitioners on the other.

“We need to find some quick answers,” said Gordhan, referring particularly to a need to extend SAA’s operations.

He told the committee that meetings over finances were due to take place in an effort “give continuity” beyond 8 May.

“We also want to indicate there should be no fire-sale of important assets of SAA or a move towards liquidation,” he added. 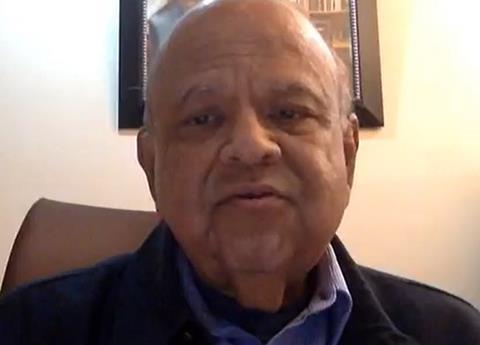 If the practitioners pursue a wind-down process, said Gordhan, it would not achieve the original objective set by the government for a business rescue.

This is a “matter of contention” between the government and the practitioners, he told the committee, adding that the government is also concerned about other issues with the rescue process, including access to consultants’ information and the size of fees.

The Labour Court of South Africa in Johannesburg is due to hear a case brought by two unions – NUMSA and SACCA – that are attempting to have personnel retrenchment notices declared unlawful, and to suspend consultative processes until a business rescue plan has been presented.

SAA’s business rescue practitioners state that they are intending to oppose the application. The case is set to be heard on 7 May.

Gordhan told the committee that the department of public enterprises wants to engage constructively with the practitioners to see whether an “alternative transition” is possible, to discuss a “more consensual” approach to the retrenchment process, and explore the shape of a new airline.

“SAA has the potential to be restructured into something new, which is what the government wants,” he said, adding that a successor carrier would be viable and competitive, free of the treasury, and open to appropriate strategic equity partners – while saving as many jobs as possible.

“We’re receiving all sorts of offers [from possible partners],” he stated. “But some are suspect, some are vacuous, and some may be of substance.”

Gordhan added: “I can’t tell you whether I’m optimistic or not. But I can certainly say every effort will be put in to make sure we move in the right kind of direction.”