​ANALYSIS: Taiwan's F-16 deal and the price of deterrence

Washington's formal approval to sell 66 new Lockheed Martin F-16 C/D Block 70s to Taiwan provides a much-needed boost for the island, but has already drawn the (inevitable) ire of Beijing.

A Defense Security Cooperation Agency (DSCA) statement on the pivotal sale has been expected for some months, with confirmation finally coming late last week from the House Foreign Affairs Committee.

“The President approved the notice that went up to Capitol Hill on Thursday or Friday of last week so that we could move forward with these F-16 sales," says secretary of state Mike Pompeo. 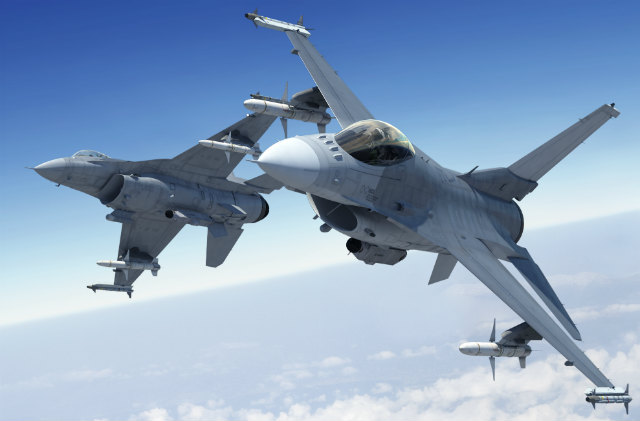 "These are deeply consistent with the arrangements, the historical relationship between the United States and China, the three communiques that layer on top of that. Our actions are consistent with past US policy. We are simply following through on the commitments we’ve made to all of the parties.”

Beijing may beg to differ. It protests all American arms sales to Taiwan, which it considers a breakaway province. For years, US administrations have balked at selling fighters to Taiwan, fearful of Beijing's reaction.

A story in the official China Daily on Monday quoted Ma Xiaoguang, a spokesperson for the State Council Taiwan Affairs Office, voicing vehement opposition to the proposed deal.

"We resolutely oppose, and the US should immediately stop all planned arms deals to Taiwan, and stop sending seriously erroneous signals to Taiwan secessionists," he reportedly said.

"Nobody should underestimate our will and ability to safeguard national sovereignty and territorial integrity." He added that USA arms sales are a "protection fee" and make Taiwan a "pawn" to Washington.

The sale comes amid an increasingly acrimonious trade row between China and the USA that has largely spared the aerospace industry. Even so, Beijing has said that it will punish firms involved with arms sales to Taiwan.

Such a threat is largely irrelevant to companies such as Lockheed and Northrop who indeed benefit from the rise of a peer competitor to the USA. On the other hand, GE Aviation - and General Electric more broadly - has significant exposure to the Mainland. Cirium's Fleets Analyzer shows that there are 440 aircraft in service in China that use GE engines. There are also 2,278 Airbus and Boeing narrowbodies powered by engines produced by CFM – a 50/50 joint venture between GE and Safran.

Aviage Systems, which supplies avionics and other systems for the Comac C919, is a joint venture between AVIC and GE.

US companies such as Honeywell and Collins Aerospace also have substantial involvement in mainland China, including work on Comac's airliner programmes. United Technolgies, the parent company of Collins and Pratt & Whitney, which also have vast interests in China, is on the verge of merging with Raytheon, which supplies weaponry to Taiwan.

Moreover, there are 102 Gulfstream business jets in service in China. While Gulfstream has no involvement in the F-16 sale, it is owned by General Dynamics, which produces the M1A2T Abrams tank. Last month, the state department cleared the possible sale of 108 M1A2Ts to Taiwan, another deal that infuriated Beijing.

Boeing, which happens to produce the AH-64E Apache attack helicopter used by Taiwan's army, will also be watching closely. The Civil Aviation Administration of China (CAAC) was the first regulator to ground the 737 Max narrowbody after the type's second crash in early March, part of a global cascade of groundings that remain in place.

While it is to be hoped that the 737 Max’s global service return will be based entirely on technical merits, Beijing could play hardball on lifting the grounding. Chinese carriers have 97 737 Max aircraft in storage, with a further 214 on order. In addition, the region's other carriers will require the flexibility to use their Maxes into Chinese destinations.

Nonetheless, it remains to be seen if Beijing uses its pre-eminence as an aerospace market to retaliate to the Taiwan F-16 deal, which still requires Taipei's (all but certain) acceptance.

The one certainty is that Beijing will continue to develop airpower and other military capabilities, with the Taiwan contingency foremost in planner's minds. While the F-16 deal could have costly implications in the broader aerospace sector and for US-China ties, it must be viewed as an investment in that most valuable of military outcomes: deterrence.

With additional reporting by Garrett Reim in Los Angeles