NASA administrator Jim Bridenstine took advantage of the international forum that was last month’s Paris air show to underscore what he clearly believes to be a critical characteristic of the USA’s new-found drive to return to the Moon.

“We want the world to go with us,” Bridenstine declared, calling on all of the USA’s International Space Station (ISS) partners – and other countries – to join the effort. 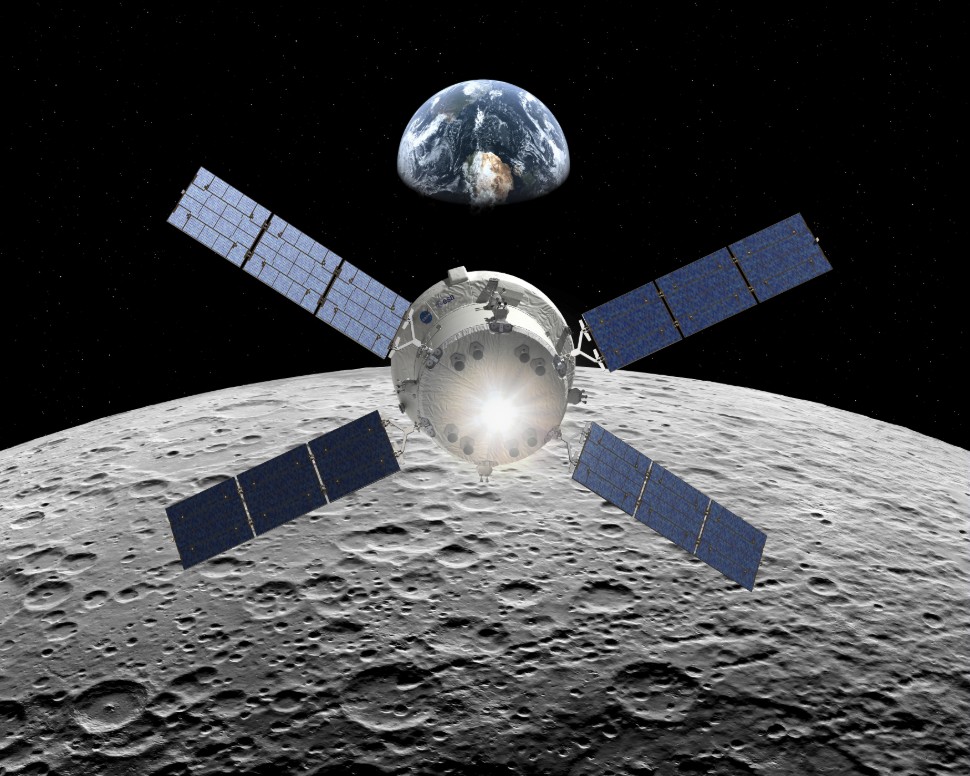 “Together, we can do more in space than any of us can do alone,” he said – and stressed that by “building a coalition of nations”, a Moon programme will not only run faster, but will also create a sustainable presence, marking a departure from the short there-and-back sorties of the Apollo years.

This internationalisation of the Moon programme, now named Artemis – after the daughter of Zeus and sister of Apollo in Greek mythology – is already a reality. On the eve of the Paris air show, Canada signed on, to develop and supply hardware and technology based on the Canadarm robotic arm that helps to manipulate equipment on the exterior of the ISS. The idea is for Canada’s contribution to recreate a similar capability on the proposed Gateway space station that will serve as a jumping off point en route to the lunar surface.

But the international partner without whom NASA will get nowhere is ESA. NASA has developed a crew capsule, called Orion, to take astronauts into deep space. Orion crew will leave Earth at the tip of NASA’s towering Space Launch System – the heaviest-lift rocket ever, being readied for a test flight as early as the second half of 2020.

The third critical ingredient is European; providing life support, power and avionics to Orion crew will be an ESA-supplied service module. Developed from the Automated Transfer Vehicle robotic resupply ship that serviced the ISS, the first service module, built by Airbus in Bremen, Germany, has already been delivered to NASA.

But how does Europe envision its further participation? At ESA, Space19+ co-ordinator Didier Schmitt has a very busy several years ahead of him to work out the details. Europe, he tells FlightGlobal, will “almost certainly” be a strong Gateway partner. His team is currently fleshing out proposals to put to ESA member states at their next ministerial-level meeting in Seville in November 2019.

Europe envisions making three key contributions to the Gateway: an international habitation module, telecommunications hardware and in-flight refuelling capability, to service both the Gateway and the lander and ascent craft.

A habitation module would, he says, be similar to ESA’s Columbus laboratory module on the ISS. At the Gateway, it would accommodate four crew and provide docking for lander/ascent craft. Telecoms equipment on board the Gateway would communicate with the lunar surface and Earth.

Perhaps the most ambitious part of the scheme is refuelling – which has never been done in space. Here, says Schmitt, ESA’s plan would be to devise a “tug”, to bring fuel from Earth to the Gateway.

Discussions with NASA are ongoing, but the key to Europe’s involvement beyond the Orion service module is the upcoming ministerial summit. As Schmitt observes, Moon missions will be far more expensive than trips to the ISS; the distance alone is daunting – at 400,000km (250,000 miles), the Moon is 100 times farther from Earth than the space station.

Moreover, international participation is to no small extent being defined by NASA’s fast-track bid to return two US astronauts to the surface by 2024. Speed dictates that this first phase of Artemis will be a US-only affair. Hence – and this is a disappointment to the Europeans – the Gateway’s landing and descent architecture will be devised by the USA.

A second phase, after 2024, is where international partners may step in. ESA will propose to provide a Gateway-to-surface cargo delivery capability of 1.5t. Phase two missions could see as many as four astronauts on the surface at once. ESA, says Schmitt, is working on proposals for engines, habitats and surface vehicles.

International astronauts may also participate in a second phase. ESA, says Schmitt, could be eligible to send astronauts to the Gateway from 2025, although the cost of a descent to the surface will make boots on the ground a matter for negotiation.