Conducted at the company’s Warton site in Lancashire in late February using instrumented production aircraft 5 (IPA5), the activity comes several months before the scheduled first flight of the aircraft with the Captor-E sensor. This is expected to occur in the third quarter of this year, BAE says.

Developed by the Euroradar consortium, the AESA array has more than 1,000 individual transmit/receive modules. Tranche 3 Typhoons being manufactured for Germany, Italy, Spain and the UK will be delivered with a new radar frame and the associated power and cooling enhancements required to use the new system. Approval for a radar production order is anticipated later this year. 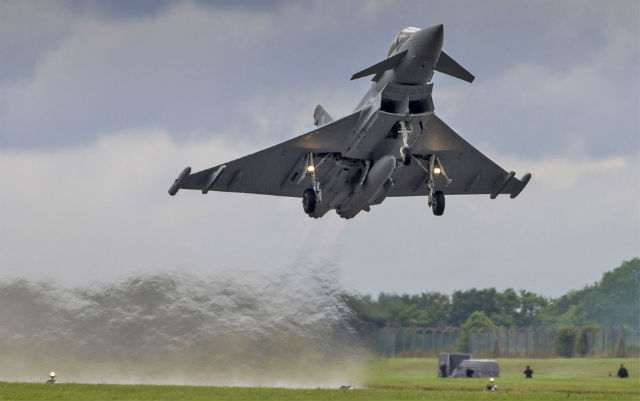 The four-aircraft test fleet at Warton will also perform two live firings with the MBDA Meteor beyond-visual-range air-to-air missile by mid-year using IPA1. The latter of these will be the first launch conducted from a Typhoon flying at supersonic speed, says Andy Pegg, BAE’s fight test manager for the type. The full integration programme will include eight firings, the last of which should take place during 2016.

Adding the AESA radar and Meteor weapon are among a range of enhancements planned for the Eurofighter programme, with their integration also expected to be potentially key factors in securing additional future export sales.