Canada is to become the first export operator of the Insitu RQ-21A Blackjack unmanned air vehicle, following the award of a government-to-government contract that covers five examples.

One surveillance system is being ordered by Ottawa under the $14.2 million Foreign Military Sales deal, which will lead to the Canadian army becoming the first international operator of the system, following the US Navy and US Marine Corps.

The Blackjack system was ordered in July, according to Canadian government documents, but the deal was not announced by both governments until the end of August.

“The Blackjack aerial surveillance system will provide the Canadian armed forces with modern, sophisticated technology that will give commanders the situational awareness they need to conduct missions effectively,” Canadian defence minister Harjit Sajjan says. “We are pleased to work co-operatively with the US government and the US Navy to bring this leading-edge technology to Canada.”

One system, made up of five air vehicles and two ground control stations, will be delivered in 2017, the USN says, and initial training will also be included. The type will be assigned to Canadian Forces Base Gagetown and operated by the 4th Artillery Regiment. 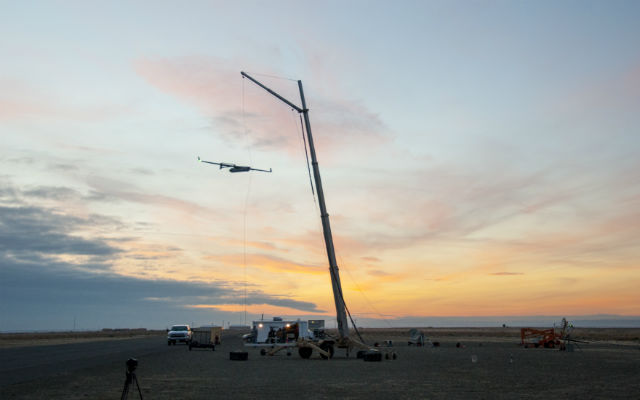 The Blackjack programme is managed by the USN and Marine Corps’ small tactical unmanned aircraft systems program office, PMA-263, and the system is currently deployed with the navy aboard the USS

Blackjacks are being delivered to the US services under a small tactical unmanned air system engineering manufacturing and development contract awarded to Insitu in 2010 by the US Naval Air Systems Command. The USMC’s requirement is for 32 RQ-21A systems – totalling 160 aircraft, while the navy’s covers 25 systems and 125 aircraft.