General Atomics Aeronautical Systems has revealed that it has performed the maiden flight of a production variant of its new extended-range (ER) MQ-1C Gray Eagle unmanned air vehicle, which will eventually become the baseline system for the US Army.

Carried out at the company’s El Mirage flight operations facility in Adelanto, California on 29 October, the testing will lead to the delivery of 19 examples to the army. The service initially ordered the Gray Eagle in March 2015, but modified the contract to acquire the ER variant in October that year.

The long-range variant includes increases in payload capacity, range and endurance. The maximum take-off weight rises from 1,660kg (3,600lb) to 1,900kg, and a straight belly design allows for 412kg of fuel to be carried. A central hardpoint can also carry an optional 204kg external fuel pod.

Flight testing of the UAV is due to complete in June 2017, to be followed by an army assessment. Four aircraft are scheduled to be delivered in 2017, with the remainder in 2018. 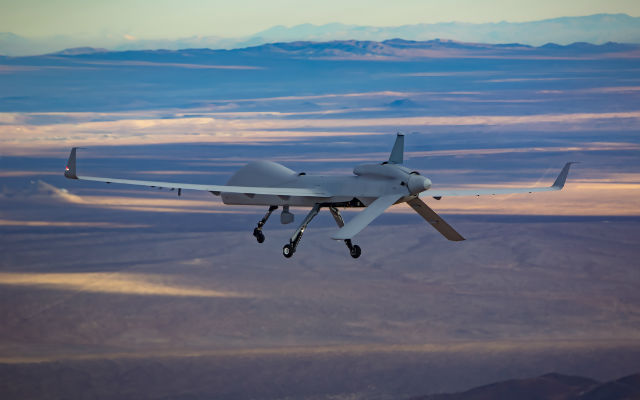 “The flight of our capital MQ-1C Gray Eagle ER UAS is a significant milestone in the continued evolution of the MQ-1C programme with our US Army customer,” says David Alexander, president of aircraft systems at General Atomics. “This marks the next step in delivering the aircraft’s increased endurance and payload capability to the warfighter.”

The company tells FlightGlobal that the upgrade is not yet available as a retrofit for in-service Gray Eagles. Although it will become the baseline configuration for the type, it is also not yet being pitched to the export market. 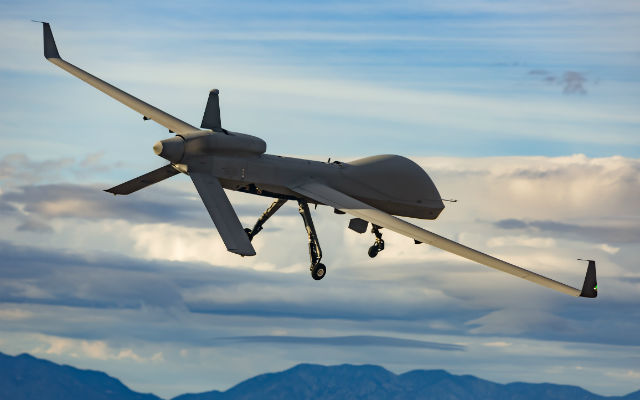 The flight came weeks before the company’s developmental Certifiable Predator B (CPB) carried out its maiden flight on 17 November, which as well as increased performance, will also be able to fly in national airspace. However, General Atomics says that there are no plans to certify the Gray Eagle ER in the same way.

On 27 October, General Atomics also carried out the first flight of an extended-range version of its Predator C Avenger UAV, which features endurance raised from 15h to 20h.