US missile manufacturer Raytheon is zeroing in on low-cost, tube-launched small unmanned aircraft like the Coyote and autonomous swarming technology to capture new business as part of the Pentagon’s Third Offset Strategy.

This year the company intends to launch 30 swarming Coyote aircraft within 1min as part of the Office of Naval Research’s low-cost UAV swarming technology (LOCUST) programme.

The company is also interested in “tactical off-board sensing” that would enable US Air Force Special Operations Command Lockheed Martin AC-130 gunships to peer below the weather for target location and battle damage assessment. The company is also using its small UAS and considerable weapons experience to help US Navy attack submarines from high-altitude platforms, such as the Boeing P-8A Poseidon. 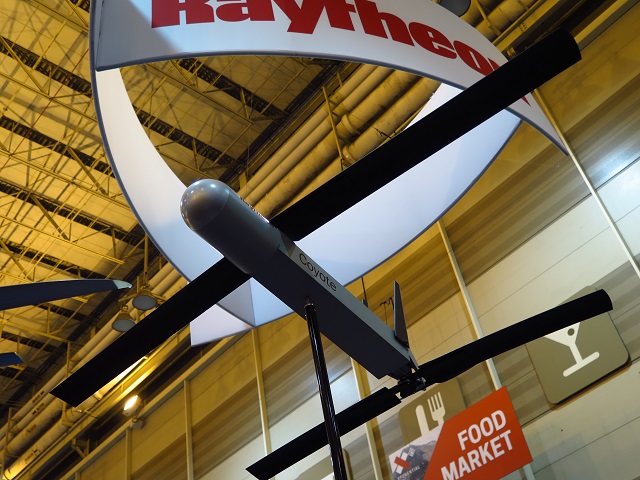 Speaking to Flightglobal at the AUVSI Xponential conference in New Orleans, Louisiana, Raytheon’s business development lead for advanced naval systems concept development and missile systems, John Hobday, said the company is not interested in breaking into the larger unmanned combat aircraft business that is not its traditional battleground. Instead, it will stay focused on upgrading capabilities like the 5.9kg (13lb) Coyote and the 19kg expeditionary Silver Fox UAV, which has recorded more than 200,000 operational flight hours in theatre over the last 12 years.

Hobday says Raytheon is keenly pursuing the “commoditisation” of the smaller classes of unmanned aircraft so they are cheap enough to build in bulk and be reconfigured to support different missions.

“The swarming revolution is the second part of it, with the [emphasis] on the third offset strategy,” he says. “Autonomy, manned-unmanned teaming, the ability of dissimilar systems to connect together in a larger self-forming, self-healing network is going to be critical.”

Hobday says Raytheon is looking forward to reviewing the US Air Force's upcoming roadmap for small UAS and will draw upon its technology to help the service meet its goals. 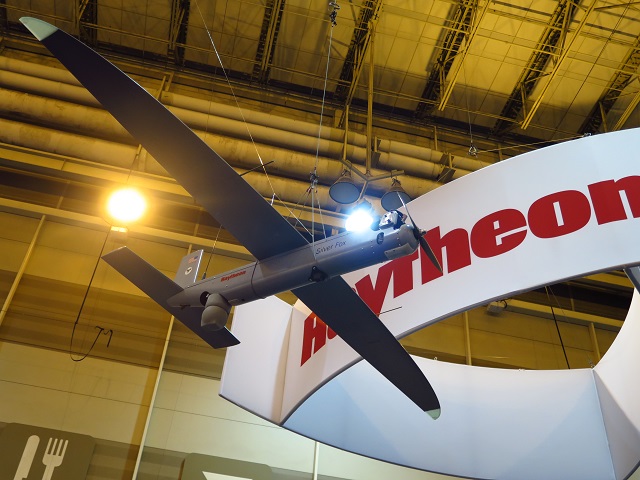