Sweden's defence committee has published its white paper on proposed spending and equipment priorities for the 2021-2025 period, as Stockholm looks to further strengthen its defensive capabilities.

Released on 14 May, the report on the non-aligned nation's security policy and defence development spans the full range of capabilities, from combat and surveillance aircraft through transports and training assets. 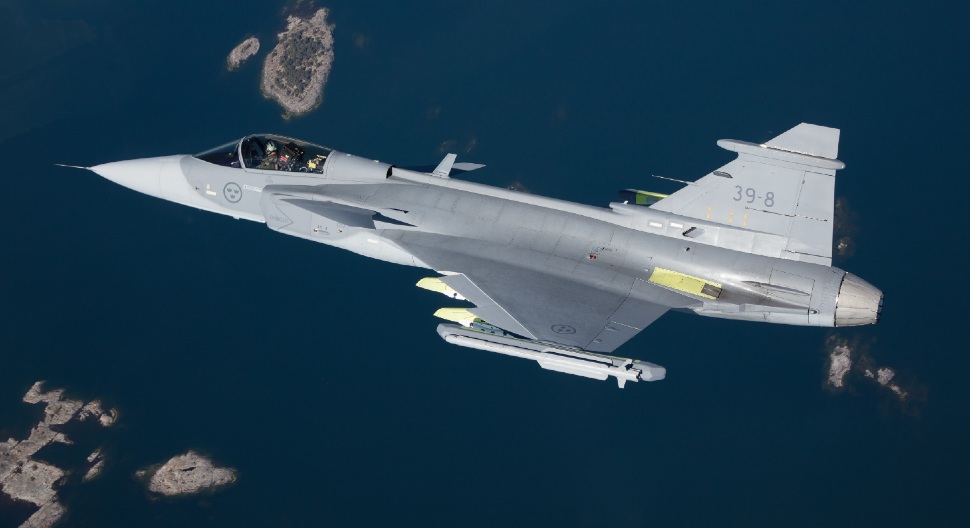 Under the proposal, six fighter squadrons will be maintained through 2025, with the Swedish air force's current Saab Gripen C/D fleet to act as "the core of the fighter aircraft system". The new-generation Gripen E will also enter frontline use during this period, with initial operational capability for air-to-air duties having previously been scheduled for 2023. Stockholm has 60 of the single-seat type on order and a first example will be delivered later this year in support of evaluation tasks.

According to the report, Sweden's legacy Gripens "will be an important part of the organisation also beyond 2030". Saab chief executive Hakan Buskhe had recently indicated that some of the nation's current fleet could be retained past a previously expected out-of-service date during the mid-2020s, to ensure that the air force keeps a fighter strength of 100 aircraft.

Looking at Stockholm's longer-term combat aircraft needs, the committee says: "During the next defence bill period, the development of the next-generation fighter aircraft will commence. [This] will replace the JAS 39C [Gripen] towards the end of the 2030s."

The white paper adds: "Air-defence capabilities will be strengthened through the acquisition of air-launched cruise missiles and additional air-to-air missiles."

In the surveillance sector, the acquisition of "new ground- and air-based sensors" is planned after 2025. This activity will include replacing the air force's current fleet of two Saab 340-based airborne early warning and control system aircraft.

Meanwhile, replacements for the air force's current six Lockheed Martin C-130Hs will be sought "towards the end of the 2020s". Cirium's Fleets Analyzer shows that its Hercules are aged between 38 and 50 years.

To modernise the air force's fixed-wing training capability – currently provided using aged Saab 105 jets – the committee calls for the "early acquisition of a new trainer for basic pilot training". The service's advanced and tactical training needs could be delivered by re-tasking its current Gripen Ds, it adds.

The committee recommends that defence spending should be increased to an equivalent of 1.5% of GDP by 2025, resulting in a budget allocation of SKr84 billion ($8.7 billion) per year. "The armed forces have not fully reached the ambition set out in the government's defence bill of 2015," it notes, adding that while capability improvements have been made, "this development started from a low level and it is neither proceeding fast enough, nor will it reach the required level given the unfolding security situation."

Welcoming the committee's support for increased military spending, due to a strategically "uncertain and complex environment", armed forces commander-in-chief Gen Micael Byden notes: "Early political decisions need to be made regarding staff growth, the acquisition of complex material systems and new infrastructure."

"The next step for the government is to instruct the Swedish armed forces and FMV [Defence Materiel Administration] to analyse the financial consequences and feasibility of the proposal," says defence minister Peter Hultqvist. A proposed defence policy bill for the 2021-2025 period will be submitted to parliament for approval next year.