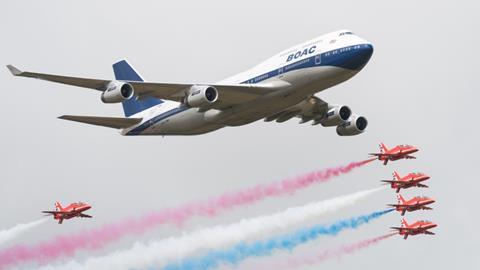 British Airways and the Royal Air Force’s Red Arrows display team have celebrated the carrier’s centenary with a special flypast featuring one of its retrojets. 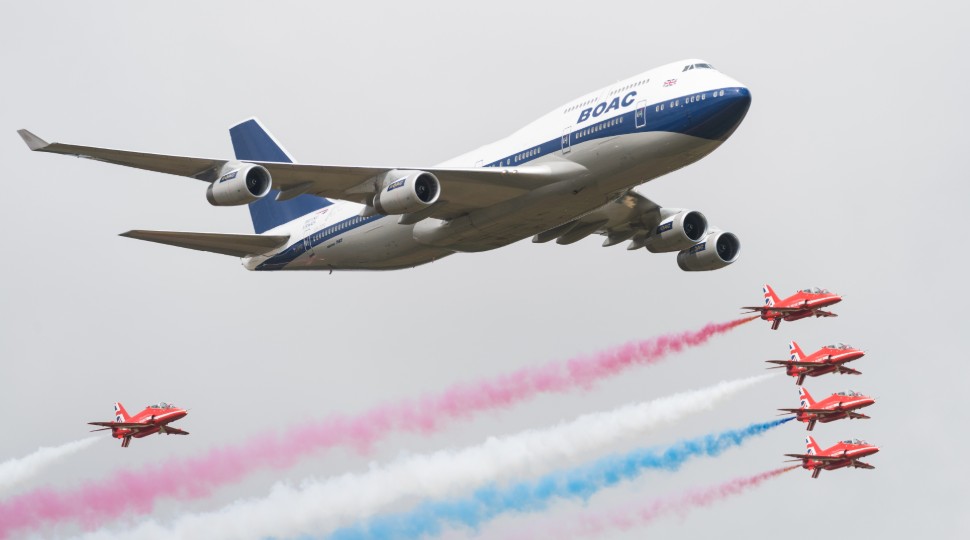 At the controls of flight BA100 was senior first officer Tom Perrins, while captain Richard Allen-Williams was in command of the aircraft. They were joined on the flightdeck by captains Simon Scholey and Jonny Lutton.

Also on board was cabin crew member, Julia Lowes, whose brother Flt Lt Dan Lowes is Red 9. Aviation runs in the Lowes family, with her father a 747 captain and younger brother a first officer. 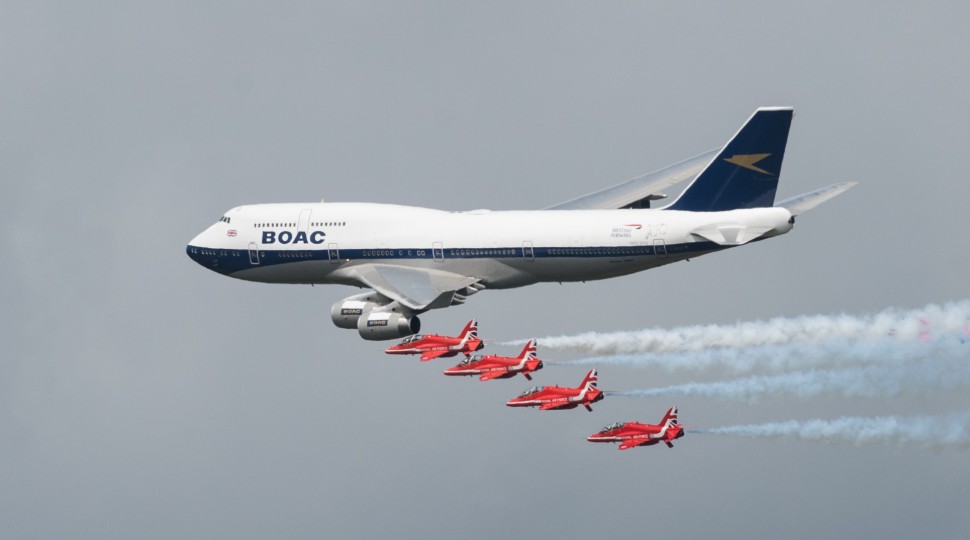 The aircraft left London Heathrow airport at 11:10 local, before formating with the Red Arrows above RAF Norton.

BA has a long history of displaying at RIAT and first joined the flying programme in 1985 when Concorde and the Red Arrows flew together. 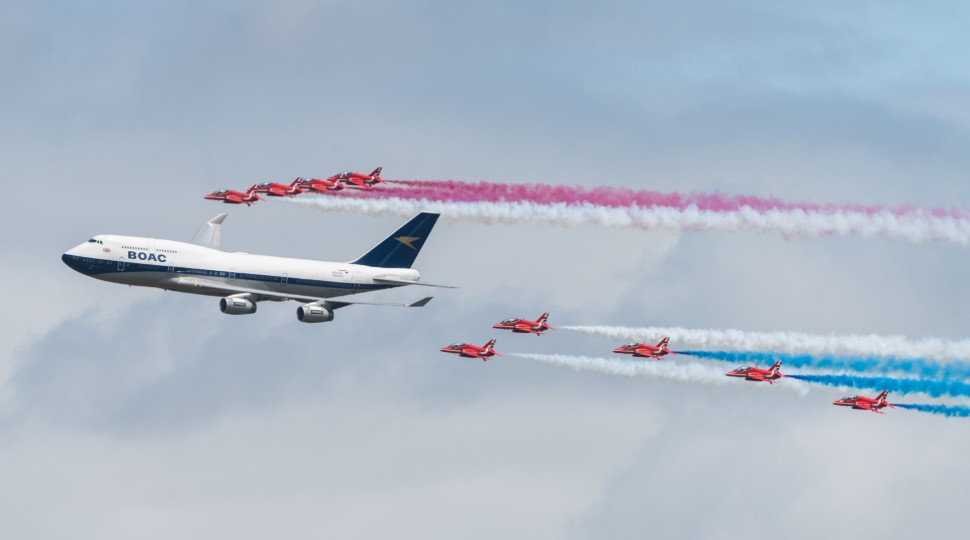 The carrier has four aircraft painted in retrojet liveries, including three 747s and an Airbus A319. 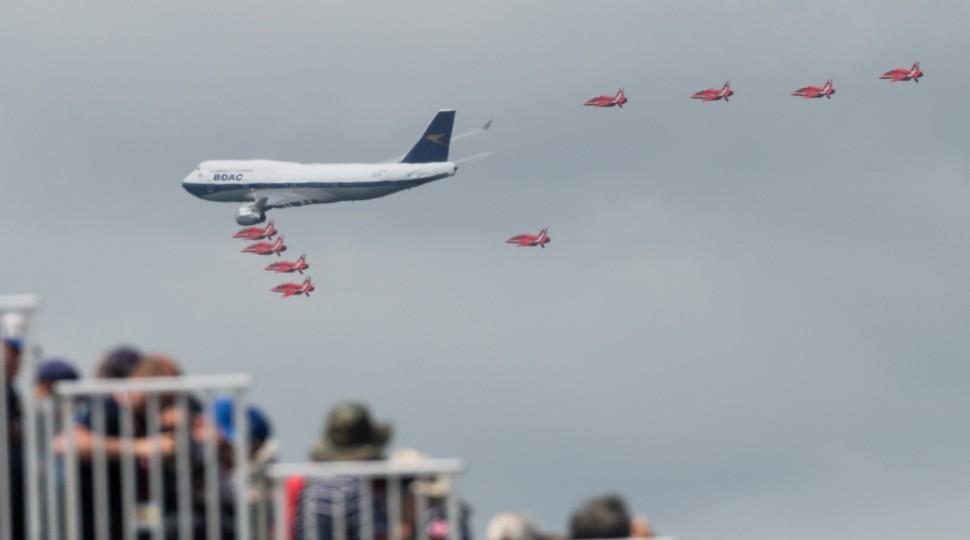