Russian investigators have successfully downloaded flight-data recorder information from the Flydubai Boeing 737-800 that crashed at Rostov-on-Don.

Initial assessment of the data indicates that the recorder was operating during the flight and captured information leading up to the impact of the aircraft with the ground on 19 March.

Russia’s Interstate Aviation Committee adds that the recorded data is “good quality” and analysts have started interpreting the contents.

The cockpit-voice recorder, like the flight-data recorder, sustained heavy structural damage and the inquiry says this included the destruction of a data cable.

But it has carried out X-ray examination of the memory module of the recorder and connections, and the investigators are working to restore the cable.

Russian investigators are being assisted by specialists from France and the United Arab Emirates, says the Committee, and it adds that field survey work, analysis of radar data, and air-ground communications regarding weather conditions are in progress.

Representatives from Boeing and the US National Transportation Safety Board are set to join the probe on 21 March. 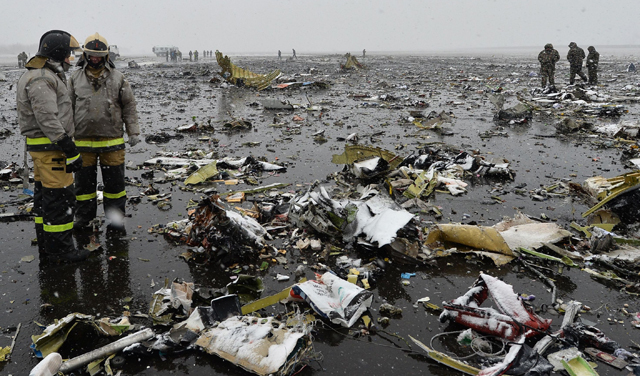