For Airbus Helicopters, the end of the long road to certification for the H160 now appears to be in sight. Launched in 2015, the medium-twin is in the final stages of its development campaign; test flights ended in late 2019 and, at the time of writing in mid-January, Airbus Helicopters was preparing to submit the final pieces of documentation to the European Union Aviation Safety Agency.

Deliveries are due to begin in the second half of 2020 – about two years later than initially planned – with the first aircraft to be handed to an unnamed US customer. 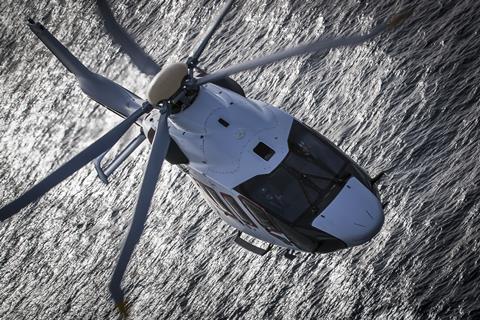 Experimental test pilot Olivier Gensse has been involved in the programme since its very beginning: during a media event to launch the H160 in 2015 he “flew” journalists on the airframer’s system helicopter zero, a simulation device intended to ensure early maturation of the aircraft.

As you might expect, Gensse is immensely proud of the 6t-class H160, believing it to offer a step change in performance over the previous generation of helicopters. But from the outside at least, the H160 appears to be more evolution than revolution. There are distinctive tweaks, such as the hockey-stick-shaped main rotor blades, canted Fenestron and “biplane” horizontal stabiliser, but it still appears much as you would expect a helicopter to.

Its engines do offer a step change in performance, however: Safran Helicopter Engines promises that its 1,280shp (955kW) Arrano 1A turboshaft will offer a specific fuel consumption improvement of 10-15% over previous-generation powerplants.

But the real differences are under the skin. As you might expect from a test pilot, Gensse waxes lyrical about the H160’s handling – something he later shows off during a 40min demonstration flight – but also points to the enhanced levels of comfort the helicopter offers.

He says that the H160 marked a departure for Airbus Helicopters in that it was the first aircraft it developed with customer priorities at the heart of the effort.

“Until the new generation, we focused on the vehicle and tried to build the best aircraft we could and then said to customers that they could put whatever they liked in the back.”

This time, customer perspective has been front and centre. Gensse likens it to the automotive industry – where two cars can be produced to the same safety standards but, for some reason, one feels better than the other. “What you could sell in a car 40 years ago you can’t sell today – and that’s the same with helicopters,” he says. 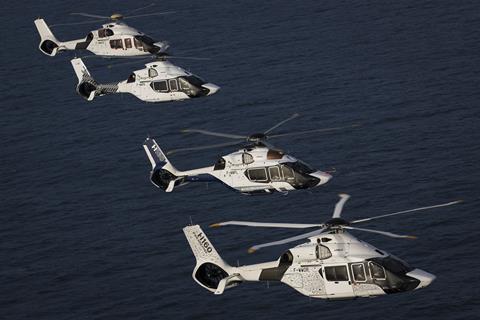 Low levels of vibration and noise have been achieved without a need for add-on systems, delivering what Gensse calls “a new standard”. Improvements can be traced to features including the new main rotor blades and Fenestron, but also the general stability of the H160. In addition, the fact that no extra vibration damping system is required saves 40-50kg (88-110lb) in unneeded equipment.

Passengers are now able to use the heating or cooling system as soon as the engines are running. However, Gensse notes that “we have to work on it” in order to reduce the noise of operation; an unanticipated side-effect of the helicopter itself being quieter is that it no longer masks the sound of the climate control operating.

But amid all the focus on the rear of the aircraft, pilots have not been forgotten either and gain a toolbox of avionics enhancements designed to reduce their workload.

“It is very simple. If you don’t have so many actions to perform, you can’t make so many mistakes and you are better able to manage all situations,” says Gensse.

Underpinning the functionality improvements is the manufacturer’s design philosophy, explains Gensse. “I think in Airbus Helicopters it is really important for us to have a very simple system in front of the pilot but behind it a very complicated architecture to monitor and manage the whole of the [aircraft] system.”

The usual blizzard of acronyms – HTAWS, TCAS II, SVS and so on – are present, but the H160 also gains a number of features unique to Airbus Helicopters. These include the recovery mode function already in use on the H175 super-medium-twin. Once triggered – via a simple double-click on the cyclic control – recovery mode quickly returns the helicopter to its previous heading, speed and altitude. 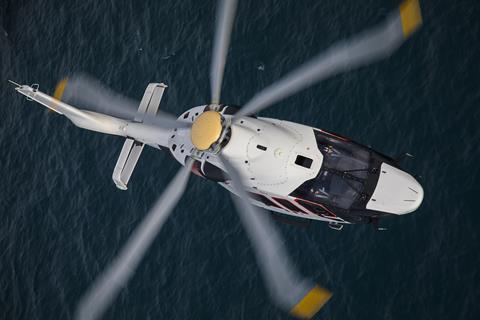 This, Gensse says, was implemented after analysis of incidents in degraded visual environments such as brown- or white-out conditions, or other situations where a pilot loses orientation. However, he cautions that it is not a panacea and is limited by physics: if the helicopter is descending quickly close to the ground, recovery mode will not save it.

“It is going to do its bit, but the limit is physics. The spirit is that if you are not flying well you should use it,” he says.

Automated take-offs have also been added to the H160’s repertoire, taking the aircraft all the way up to the decision height; and if there is an engine failure the helicopter will automatically recover, either descending to a pre-set point (with an accuracy of 0.5m) or allowing a departure if that is the safer option.

However, although the system is automated, pilot intervention – a big handful of collective – is still required to arrest the helicopter in its final metres of descent. Similarly, the autopilot is not engaged all the way to the ground, with the pilot taking over once the H160 is hovering in ground effect.

“Once again it is a choice: we are not ready to go all the way to the ground,” he says.

That philosophy also applies to another safety feature – the vortex ring state (VRS) detection system. VRS occurs when a helicopter’s speed is allowed to decay and the aircraft begins descending uncontrollably through its own downwash. The H160’s VRS detection system analyses several parameters while in manual flight to predict the situation 10s ahead if there is no intervention. The system then provides aural and visual warnings, giving the pilot 5-7s to react before entering VRS.

While flying with the autopilot engaged prevents the helicopter from entering VRS, there is no automated safety net for manual flight: if the pilot chooses to take no action after receiving the warning, VRS remains the eventual outcome. 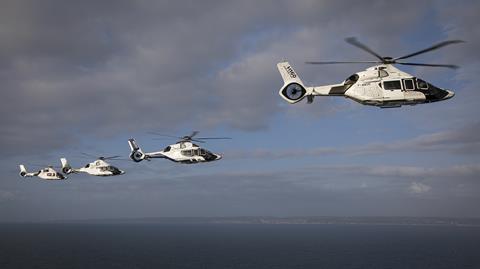 Gensse says this is to allow the pilot to perform certain manouevres that an automated system might otherwise try to prevent.

In addition, the complexity of additional automated features – and the maturity of the technology – could have prevented timely delivery of the H160. That could also have resulted in delivering a system to customers that overpromised but underdelivered, he says. “If we are going too fast, we have to be sure we are not giving a device that is not perfect for the customer. If it doesn’t work, pilots won’t use it.”

However, for all the automation, key to the H160’s performance, Gensse believes, is the stability of the helicopter itself. He notes that it can be flown without either the autopilot or stability augmentation system.

It is also “beautifully balanced”, he says, with its natural position near to horizontal; an equilibrium facilitated during the development process by moving the avionics bay into the nose. That translates to a helicopter that can easily be recovered from extreme situations and renders incidents such as engine failure “non-events”.

Gensse’s memory of the early days of the programme is illustrative of its maturity: on the H160’s initial test flight (as opposed to the simple hovering of its maiden sortie) it was taken to 140kt (260km/h); an “incredible” achievement, he says.

“It is not possible to imagine that speed on a first [full] flight,” he says