The US has completed carrier qualifications for the Lockheed Martin F-35C Lightning II aboard the Nimitz-class USS Abraham Lincoln on the Atlantic Ocean from 17 March to 21 March.

Two squadrons -- VFA-125 and VFA-101 -- accomplished day and night qualifications with 140 "traps", each denoting a successful landing on the carrier deck. The milestone clears the F-35C to begin operational testing on the carrier later this year, which will determine if the US Navy can obtain their initial operational capability target for the aircraft in fiscal year 2019. 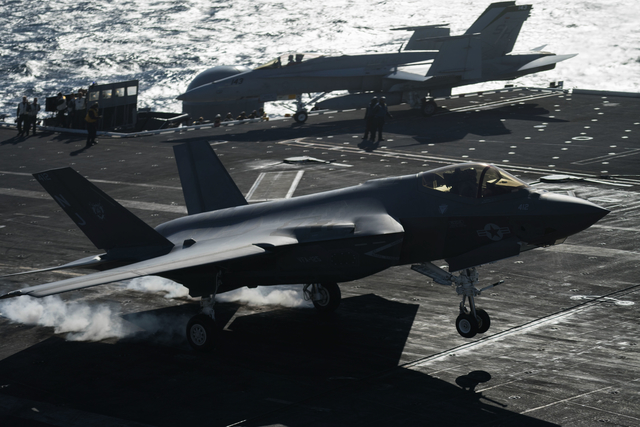 "It's personally interesting for me, but also professionally, it's really neat to see this aircraft out there with other aircraft; we haven't done that before,” he said. “Previously, all the (carrier qualification) evolutions have just been F-35s."

The qualification event tested the operation of the F-35C's folding-wing feature, as the aircraft manoeuvred on the deck and in the hangar with Boeing F/A-18E/F Super Hornets and EA-18G Growlers.

The navy's F-35C has a longer wingspan than the US Air Force’s F-35A and the US Marine Corps’ F-35B because it needs the additional lift to fly at slower speeds without stalling as it approaches an aircraft carrier to land.