Acquired to support brigade commander-level tasks, the Skylark 3 was declared operational following tests performed by the land forces' "Sky Rider", which already uses the smaller Skylark 1 in support of ground forces including artillery units. Its introduction is part of a plan to give the army the ability to use unmanned air vehicles without the need to co-ordinate such activities with the Israeli air force. 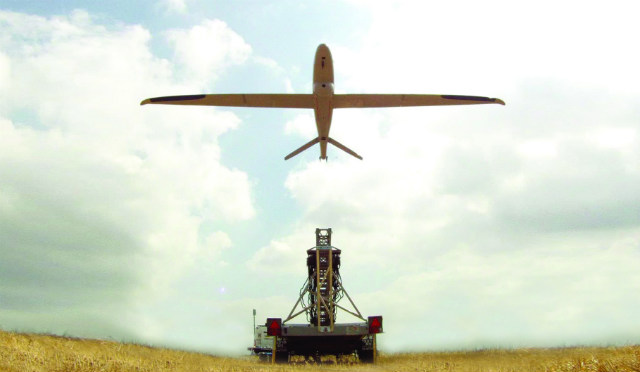 Elbit notes that two Skylark 3s can be assigned to the same mission simultaneously, while using a shared ground control station.

Meanwhile, the Sky Rider unit has temporarily halted operations with its hand-launched Skylark 1s, after two recent crashes involving the type. The UAVs were recovered by Israeli personnel after coming down near Bethlehem and Hebron, respectively.