A SpyLite mini unmanned air vehicle with a launch weight of 9kg (19.8lb) has achieved a communication range of 65nm (120km), which its manufacturer claims is a new world record for this category of system.

BlueBird says that during a demonstration for an undisclosed customer, the SpyLite reached a range of 65nm and remained over a target for 40min, before flying back to its landing point.This required it to fit the UAV with its latest-generation communication system, including aminiature airborne data terminal linked to a small, backpacked, ground data terminal weighing around 12kg.

The Israeli company lists long-range communications as one of the major challenges – alongside light weight and low power consumption – unmanned air system manufacturers are currently facing. 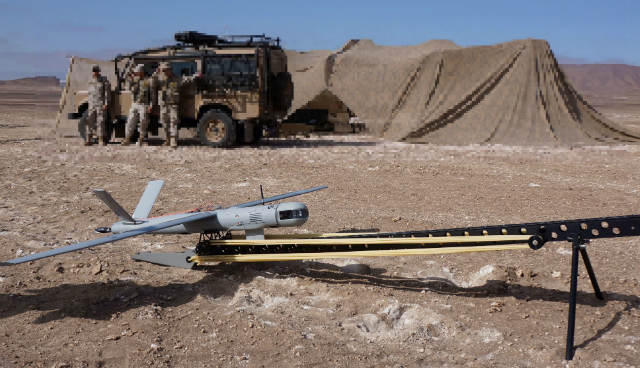 Originally designed to provide ground forces with a covert means of collecting “over-the-hill”, real-time visual intelligence, the SpyLite offers 4h flight endurance and a standard communication range of 27nm, which can now be extended.

SpyLite UAVs were used intensively during Israel's recent military operations, including its "Protective Edge" operation over the Gaza Strip last year. BlueBird says the system has so far performed more than 10,000 operational sorties for the Israeli armed forces and other international military customers, including homeland security missions.