Canada’s Air Transat says it is halting sales for departures to most of its destinations in light of the global coronavirus which is massively disrupting travel around the world.

“Following the Government of Canada’s announcement that the country is closing its borders to foreign nationals, as well as similar decisions by several other countries where we operate, we will gradually suspend our flights until April 30,” Transat says in a statement on its website on 18 March. 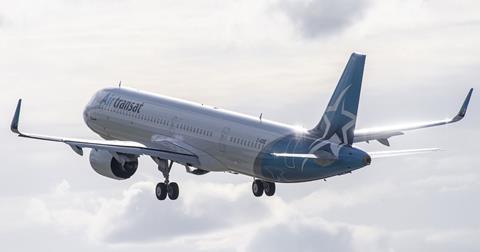 The Montreal-based vacation specialist says that it is currently working on a repatriation plan for guests currently stranded overseas.

While sales are suspended, flights will continue “for a few more days” so that Canadians can return home.

Less than a week ago, Transat reported higher first quarter earnings and said it was exploring its options on how to deal with the crisis. The carrier said it was reducing costs, including suspending discretionary spending and launching a voluntary reduced-time program for its employees. The airline saw a sharp drop-off in bookings since late February, in line with other airlines.

Earlier on Wednesday, Canada’s Porter Airlines, a regional carrier operating out of Toronto, said it was stopping operations from the end of the day on 20 March until 1 June.