Saudi Arabia has tentatively signed for 30 examples of the developmental Antonov An-178 tactical transport, in a deal that could eventually see the Kingdom producing the aircraft locally.

Detailed in a memorandum of understanding (MoU) between Antonov and Saudi company Taqnia Aeronautics, the deal will see the partners deliver the aircraft to the Royal Saudi Air Force.

It further builds on the growing relationship between Riyadh, Taqnia and the Ukrainian airframer. They are already collaborating on the development of the An-132 freighter – a modernised version of the 1970s-era An-32 – that will be assembled in Saudi Arabia. Taqnia also is promoting special-mission variants of the An-148. 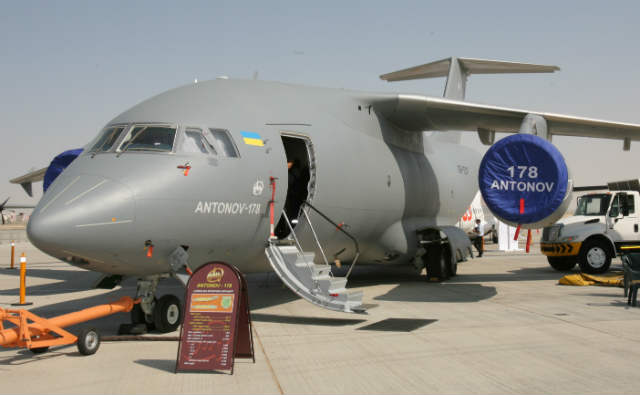 Retired Maj Gen Ali Mohammed Al−Ghamdi, president of Taqnia Aeronautics, describes the signing of the MoU as “a significant step” in the level of co-operation between the partners. They will jointly promote the An-178 into the Middle East, he says, adding: “In the future we plan co-operative production of this aircraft.”

Antonov has already secured a launch order for 10 of the type from Silkway Airlines, and has also signed a tentative order with Chinese company Beijing A-Star Airspace and Technology.

As of early November the aircraft had accumulated over 30 flight hours. Civil certification is scheduled for the end of 2016.