Delta Air Lines says that one of its Boeing 777-200 aircraft dumped fuel over Los Angeles as it was returning to the Los Angeles international airport (LAX) after declaring an emergency, slightly injuring 17 children and nine adults who were outdoors on a school playground.

“Shortly after takeoff, Flight 89 from LAX to Shanghai experienced an engine issue requiring the aircraft to declare an emergency and return to LAX,” the Atlanta-based carrier says on 14 January. “The aircraft landed safely after an emergency fuel release, which was required to reach a safe landing weight.”

The airline did not say what kind of “engine issue” the aircraft had experienced. It had 149 people on board. 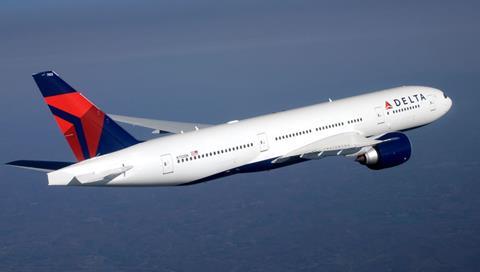 “We are in touch with Los Angeles World Airports and the LA County Fire Department, and share concerns regarding reported minor injuries to adults and children at a school in the area,” the airline says.

More than 70 firefighters and paramedics responded to the hazmat incident, and the Los Angeles County Fire Department confirmed in a tweet that the liquid which fell onto the children in their school playground was indeed jet fuel. Victims complained about skin irritation and a noxious smell, but none of the affected individuals were transported to hospitals.

The Federal Aviation Administration says that it is investigating the incident. ”There are special fuel-dumping procedures for aircraft operating into and out of any major US airport,” the regulatory body says in a statement. ”These procedures call for fuel to be dumped over designated unpopulated areas, typically at higher altitudes so the fuel atomizes and disperses before it reaches the ground.”

According to FlightAware flight tracking, flight DL89 reached a maximum altitude of 7,800ft before it returned to LAX where it landed safely.