Saudia A330 makes emergency landing with nose gear up

A Saudia Airbus A330 made an emergency landing at Jeddah's King Abdul Aziz International airport with its nose landing gear retracted on 21 May.

Saudi Arabia's Aviation Investigation Bureau says there was a "defect" in the aircraft's hydraulic system and nose landing gear. The jet was operating flight SV3818 between Madinah and Dhaka when the incident happened.

Local media reports quote a Saudia spokesman saying that a decision was made to divert to Jeddah after a "defect in the hydraulic system of the A330" was identified. The aircraft, which was carrying 141 passengers and 10 crew members, took off from Madinah at 20.00 local time.

Videos online show the A330 taxiing on the runway without its nose landing gear deployed. It eventually came to a stop on its front belly and supported by its main landing gears. Passengers were evacuated using emergency slides.

Images also indicate that the aircraft was operated by Turkish operator Onur Air on behalf of Saudia. 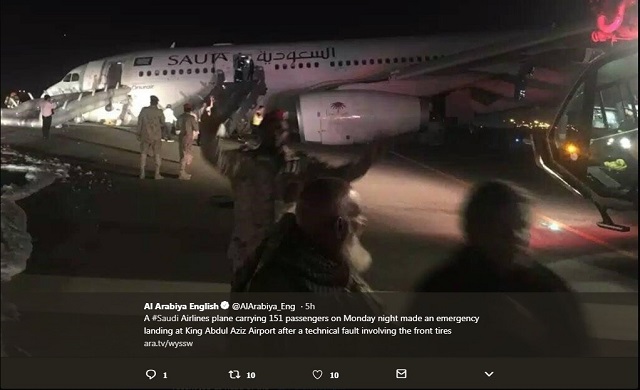