Selex ES and HAV to team up for MoD airship testing

Selex ES is to team up with Hybrid Air Vehicles (HAV) to develop a sensor package for UK Ministry of Defence testing on board the latter’s Airlander 10 hybrid airship.

Addressing the Commercial UAV show in London on 21 October, Mike Rickett, senior vice-president of air systems UK at Selex ES, said a UK industry team consisting of Selex, Qinetiq and HAV will carry out demonstrations for the MoD, which will include testing a package developed by Selex likely to include a radar and electro-optical/infrared sensor.

“This is a very large platform to be able to mount our sensors on,” Rickett says. “We’re now at the point where we’re working on this MoD programme… but the MoD is not quite sure of what it wants. It is therefore asking us to put together a package of sensors.” 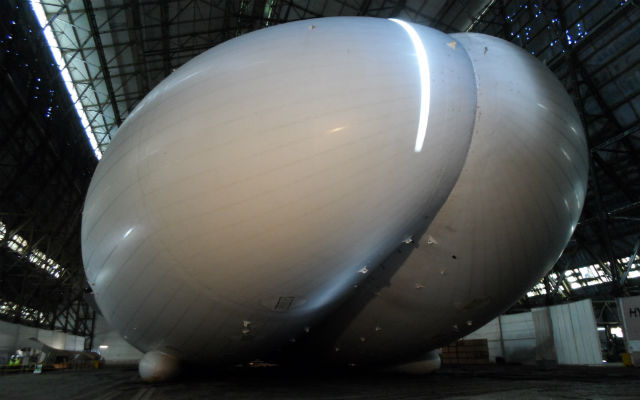 One sensor type suitable for the large 10t payload bay would be a hyperspectral imager. “The ones that work really well are quite large,” Rickett adds.

The Italian division of Selex has developed a spaceborne hyperspectral sensor, which Rickett says could be adapted to be integrated on a platform the size of the Airlander.

“I’d like to expand this quite a lot,” Rickett says. “It is a bit of a challenge in one respect for us because you’re usually given a small surface to put a payload. This is new territory because we can do a lot more with this big space.”

Speaking to Flightglobal in August, HAV said three months of trials with the MoD were to take place following the first UK-based flight of the Airlander – an event due to take place around May 2015.

The Airlander was developed for the US Army’s long-endurance multi-intelligence vehicle (LEMV) programme under an effort headed up by Northrop Grumman, during which it carried out its maiden flight. The programme was subsequently cancelled and the airframe repurchased by HAV and returned to the UK.

Rickett says Selex had been involved in talks with HAV prior to the LEMV award, but was not involved in the US Army effort. Conversations were restarted once the platform returned and ownership was back with HAV.

“When it arrived back this side of the pond, we started talking seriously,” he says.

Selex is planning past the MoD’s forthcoming round of testing on the Airlander, and envisions the aircraft being used as a “mothership” to launch other unmanned air vehicles from, including the company’s own Falco platform. A catapult launcher has already been developed for the Falco that could be adapted to suit this requirement. 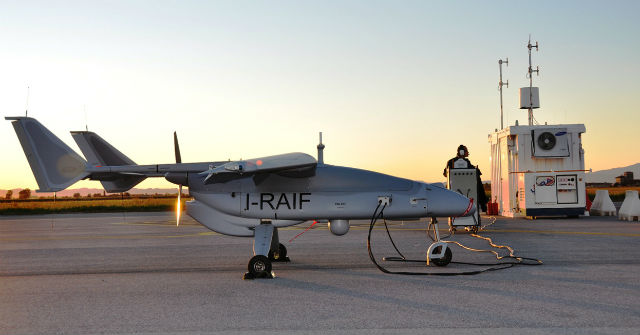 “A really exciting idea is to fly UAVs from this – a Falco-type UAV,” Rickett says. “The MoD testing gives us the chance to focus on a real effort… while also doing other things.”