PLUTO FLYBY: A young person's view on the mission

If anyone wonders why NASA sends spacecraft to the end of the solar system, they should ask a young person – which is exactly what we did:

"From capturing pictures of Pluto’s two smaller moons to discovering frozen plains within the “heart” shown in the image of the dwarf plant that’s been floating around the media these past couple weeks, NASA’s New Horizons mission to Pluto was not only a huge success but surpassed what everyone had expected, revealing new information about never-before-visited depths of our universe.

However, with the mission costing $700 million, I can’t help but ask, what was the point?

Surely that amount of money could go towards many other causes on Earth that so desperately need it? There is research to be done at home that would not only tell us useful information about our planet but could potentially save lives of the creatures that live here. Why go all that distance just to take some pictures of a planet that we don’t even really regard as a planet?

Despite this, I’m firm in the belief that this mission was important to not only the current generation but the next. Even though the information we discover from the New Horizons mission isn’t vital to our survival, that shouldn’t be a reason for not exploring the universe. If all missions were set to only retrieve information that we needed, as opposed to discovering the unexpected, then most of the great scientific discoveries we know of today would never have happened. Curiosity has and always will be essential to discovery."

Josie Knipmeijer, 17 and from London, worked in the Flightglobal office for a week during her summer holidays, before she begins year 13 at Wallington high school for girls in Sutton, Surrey. She may like to become a journalist and hopes to study English and drama at university. 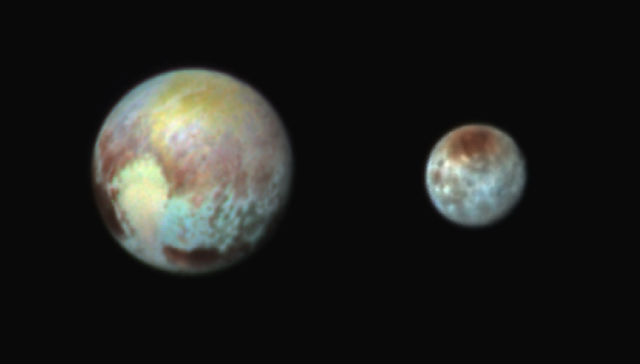