LAS CRUCES, New Mexico – Construction of Virgin Galactic’s second SpaceShipTwo is progressing quickly but cautiously with technicians fitting the main oxidiser tank into the suborbital spaceplane in preparation for its maiden flight, which is expected “soon”.

This second vehicle carries the hopes of Richard Branson’s space tourism venture after the disintegration of the first spacecraft almost one year ago, which killed co-pilot Michael Alsbur and severely injured pilot Peter Siebold.

It is being produced by Virgin Galactic’s manufacturing arm in Mojave, California, and once complete the programme can return to flight testing.

Virgin Galactic chief executive George Whitesides says the oxidiser tank hasn’t yet been bonded into the fuselage, but it fits well and installation should be complete “a little bit later in the year”.

“We’re now working to integrate all the systems into the vehicle: the plumbing, the electrical, the pneumatics, and other systems,” he says. 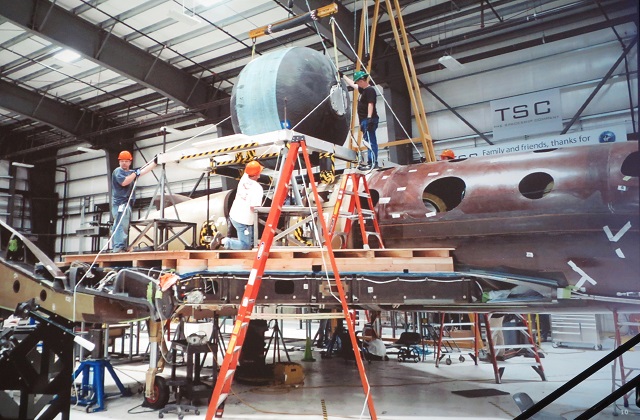 Speaking at the ISPCS space conference in New Mexico, Whitesides was cautious not to put a time line on the return to flight testing, claiming that would put unnecessary pressure on the team.

“We’re working three shifts now to finish the vehicle,” he says. “The trick with all these programmes is to find the right balance of moving quickly, but also building it right and building it safely.”

The workforce connected to the project has increased by 15% to 20% compared to this time last year.

The air-launched, rocket-powered spacecraft achieved the weight-on-wheels milestone in May and has since been mated with its carrier, the twin-fuselage WhiteKnightTwo. Fatigue testing and pressure cycle testing of the cabin has also been done.

Improved pilot seats are being installed as well as safety improvements that should prevent another tragic mishap, like that of October 2014 – caused by the boomed feathers being mistakenly deployed too early. Those seats are complete and will be integrated into the cockpit soon, as will the avionics. 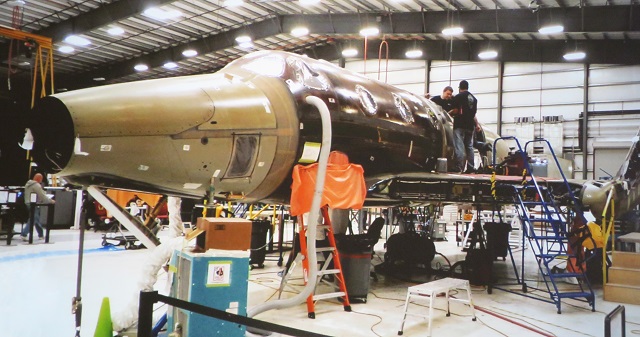 Virgin Galactic has also been test firing SpaceShipTwo’s pressure-fed rocket motor in the Mojave Desert for the full 60sec duration. A video of the test firing was shown during the briefing.

“The plume; that’s the decrease in thrust over the course of the burn,” Whitesides explains. “It appropriately reduces the g-forces on the customers at the late end of the burn, so it makes it more comfortable for your customers as we proceed [through the ascent].”

The company says it will need to re-do many of the same test points completed by the first vehicle, although not as extensively.

“Rather than doing five or 10 tests to gradually inch up on a particular test point, we might be able to do two flights or three flights and be able to move quicker than the first flight test programme,” the chief executive says. 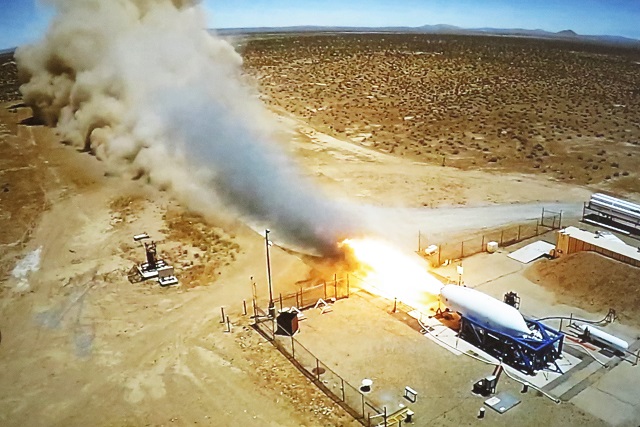